10 facts about billionaires that will astound you to the core 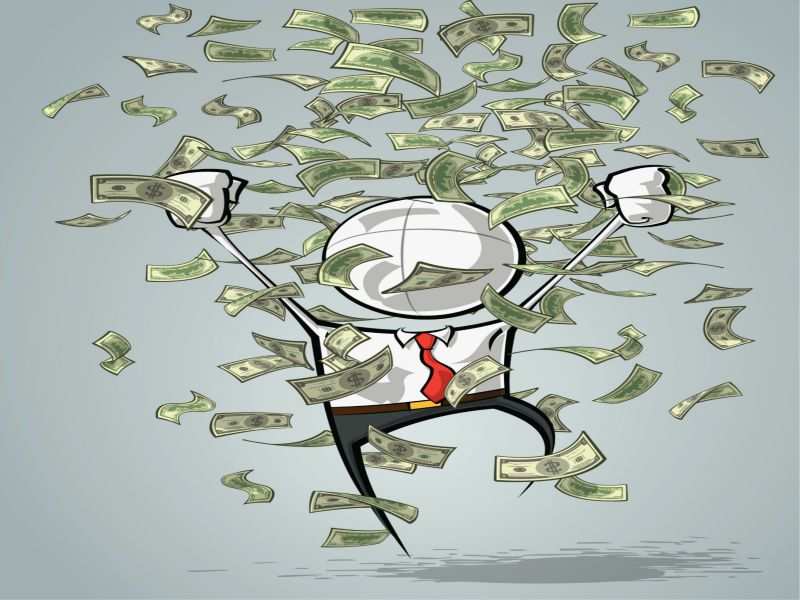 They leave you in awe with their larger-than-life lifestyles. They live in palatial mansions with glamorous draperies and ostentatious d&eacute;cor. Their cars are epitomes of grandeur and elegance with all possible amenities making life on the go easy, comfortable and luxurious.
Advertisement

Wherever they go they exude an aura of sophistication, carrying their name and brands with panache. They have their own private jets and yachts, second villas and private islands to go vacationing at any time of the year without prior reservations.

You would just love to sneak into their bank accounts to get a peek of the stacks of dollars. And yet these are no strange creatures coming with unmatchable intellect and superhuman characteristics. They have everything just like ordinary men and women do. But what makes them stand out is their ability to manipulate situations in their own favor and get things done in ways as to reap in the highest profits.

Here are some facts about billionaires which will astound you to the core and which inspire you to learn valuable lessons of life too.

Billionaires Love US: Or should we say, US loves billionaires. Well, it seems so, for this nation has witnessed the largest number of billionaires arising from its soil. From world&rsquo;s wealthiest man , whose very name brings mind billions of dollars piled upon one another in the mind, to the richest lady Christy Walton, you can get a whopping number of billionaires out of the total 1826 residing in the nation alone. Of course, there are other countries as well who follow suit such as Germany, China, Brazil and Russia but none in comparison with the United States.

Advertisement
Not All Billionaires Live in Sprawling Palaces: You must be awed by the magnificent mansion of Bill Gates. But there are billionaires who opt for frugal living. Carlos Slim wished to dwell in the same house for over 40 decades in spite of his exuberant bank balance and Warren Buffet prefers his cozy five-bedroom villa in Omaha to living in a grand mansion.

Finest of Wine is their Weakness: While you must be thinking twice before splurging on a thing of luxury such as wine, which gets over as soon as you consume it, it happens to be a real object of weakness for billionaires. Yes, as much as they love to travel to myriad places around the globe, they love binging and indulging on finest wines to tantalize their taste buds with their sweet or tangy flavors.

Do Without a Designer Clothing or a Luxury Object: While it is natural and habitual for billionaires to keep such objects of luxury such as private jets and don designer clothes, there are quite a few who love to tread the path of simple living. Take the case of Ikea founder Ingvar Kamprad, who prefers to flaunt his simplicity by shunning suits or Carlos Slim who finds solace in not having such fancy luxury toys like private planes simply because they seem burdensome to him.

Billionaires have Big Hearts too: This becomes evident from the fact that most of these personalities with magnanimous and gargantuan bank accounts love to donate instead of hoarding all for their own families. Bill Gates did not think twice before declaring that he would not leave a penny more than 10 million for each one of his children while donating the remaining amount to charity. Young entrepreneur and owner of Facebook happily donated the Silicon Valley Community Foundations a whopping $900.

Self-Made Women Billionaires are lacking: Although there are quite a few names among women who have made it big and acquired the tag of being a billionaire, only one among them is truly self-made in the face of the 90 percent of men billionaires who have turned rich by their own clout and infallible strength of mind and luck. Roosalia Mera, the late owner of the top-notch clothing brand Zara was the only woman billionaire to have crossed the 10 million dollar line with her own caliber, in comparison to other names Liliane Bettencourt and Christy Walton both of whom acquired the fortune either from their spouse or their paternal side.

Advertisement
Credit Scores Rock: Now, this is one issue which plagues most individuals today. And believe it or not, billionaires have once again proved themselves different by opting to shun loans even if they have huge business endeavors to commence on or execute.

Billionaires are Great Collectors: Many billionaires have shown their knack in collecting things. And in most cases they are unusual and unthinkable. They can be as sassy as collecting a whole room of Hot Wheels Cars stacked in hundreds of shelves to comic books and to such weird things as collecting beetles in boxes.

Home is Where The Hair should be Chopped: Yes, while you may be thinking that all billionaires take sojourns to plush salons and spas to rejuvenate and get those stylish, pompous haircuts, there are quite a few of them like David Cheriton and John Claudwell who still believe in having the liberty to style up their hair in their own way at their own cozy niche instead of frequenting salons, thus saving up quite a handsome annually.

They are Great Investors: And this is what makes them rich for their lifetime. Billionaires know just when and where and how to invest and they do it with proper planning as to ensure having a relaxed life post retirement as well. Investing helps in consistent increase in their wealth for they know it pays to value the money which they have earned not by mere luck but through hard work, smart decisions and perseverance.