10 things about the Hyundai Creta you didn’t know 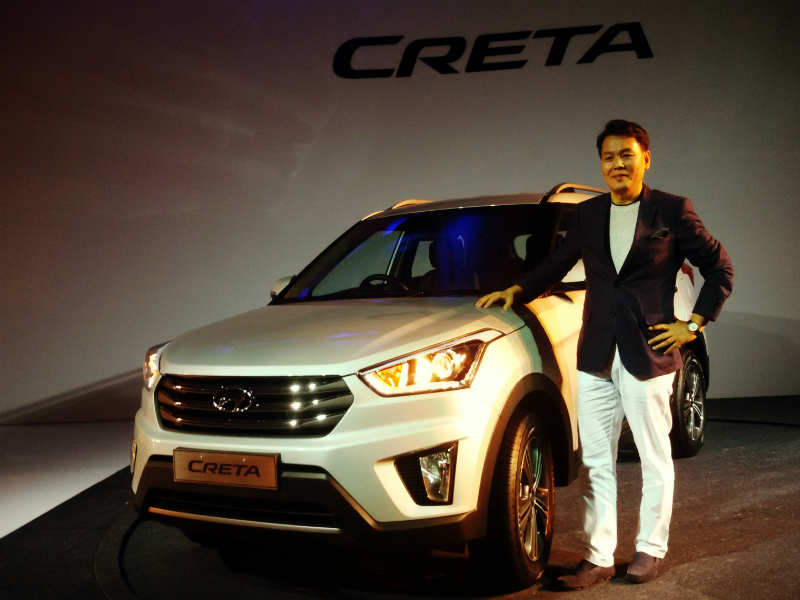 Advertisement
India’s market has seen a downturn in the recent months despite its healthy compounded annual growth rate of 25%. Korean auto major Hyundai wishes to break this jinx with what it calls the ‘Global SUV’ – the Creta. The compact SUV has been positioned between the Elite i20 and Sante Fe, and would scuffle it out with the Renault Duster and Nissan Terrano to nudge into a market dominated by the two.

While you’d get the regular updates about the Creta from anywhere, here are a few lesser known facts:

1. Contrary to public conjecture, the Creta doesn’t get an All Wheel Drive system unlike the segment leader Renault Duster. When asked if that’ll hamper the Creta’s prospects in the market, Hyundai officials beg to differ.”This is an competitive price for the features we offer. The value proposition remains the best”, Rakesh Srivastava, Sr Vice President, Marketing and Sales, said.

2. Hyundai claims the company saw an outrageous 41,000 enquiries and 15,000+ buyer confirmations for the Creta without a word of its specifications made official. All this in a shocking 20 days. “This is the first time in the history of Hyundai that we’ve seen such response”, Rakesh Srivastava, Sr Vice President, Marketing and Sales, Hyundai India said.

3. The company would be churning out around 5,500 Creta units per month now. Given the demand it’s supposed to gear up productions to around 7,000 units. Looks like would be Creta customers might have to wait longer than they thought.
Advertisement

4. The Creta comes with a first in class 1.6 U2 CRDi VGT Diesel engine with Automatic transmission that churns out a healthy 128 PS of Power at 4,000 RPM.

5. Despite the company’s declining exports ration, Hyundai aims to export the Creta to as many as 85 countries across Latin America, Middle East, Europe and Asia for India. “Our focus, however, is to serve domestic customers better”, Han Woo Park, MD and CEO, Hyundai Motors India insisted.

6. The Creta is the first in class to offer 3 years unlimited kilometers warranty and 2 yrs of optional extended warranty.

7. The Creta would see a 25% and 75% split into Petrol and Diesel variants in place of the traditional 10% and 90%. Does that indicate a strategic shift in consumer choices over the long-standing diesel preference? It’s anybody’s guess.

8. The SUV took a whopping Rs. 1,000 Crores worth investment on Hyundai’s part. That includes designing and assembly.
Advertisement

9. Hyundai predicts 2015 is the ‘Year for the SUVs’. More specifically the company sees a rising demand for compact SUVs among Indians. Are they right? Only time would tell.

10. The company claims more than 90% of the new is made in India. The company holds the capacity to churn out around 5 lakh units from its factories in India.