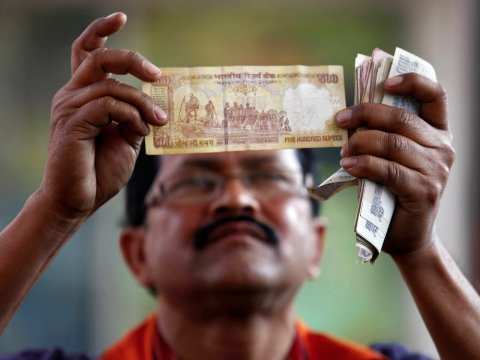 With banks struggling to cope with the rush to get alternative currency, the government has extended the use of old defunct Rs 500 and Rs 1,000 for paying household utility bills, fuel, taxes and fees and purchases from co-operative stores till November 24.

While withdrawing Rs 500 and Rs 1,000 notes from the night of November 8-9, the government had allowed the use of the old currency at government hospitals, railway ticketing, public transport, airline ticketing at airports, milk booths, crematoria/burial grounds, and petrol pumps for 72 hours.

This list was later expanded to include payments for metro rail tickets, highway and road toll, purchase of medicines on doctor prescription from the government and private pharmacies, LPG gas cylinders, railway catering, electricity and water bills and ASI monument entry tickets.

As banks struggled to give alternate currency, the deadline was extended by another 72 hours. That deadline was to end at midnight tonight, but has now been extended till November 24, official sources said.

Advertisement
Old currency can also be used for purchases at consumer co-operative stores like with valid ID proof as also for paying a court fee.

But payments towards utility bills will be restricted to only individuals or households for arrears and/or current bills. No advance payments will be allowed.
NewsletterSIMPLY PUT - where we join the dots to inform and inspire you. Sign up for a weekly brief collating many news items into one untangled thought delivered straight to your mailbox.
CAPTCHA: