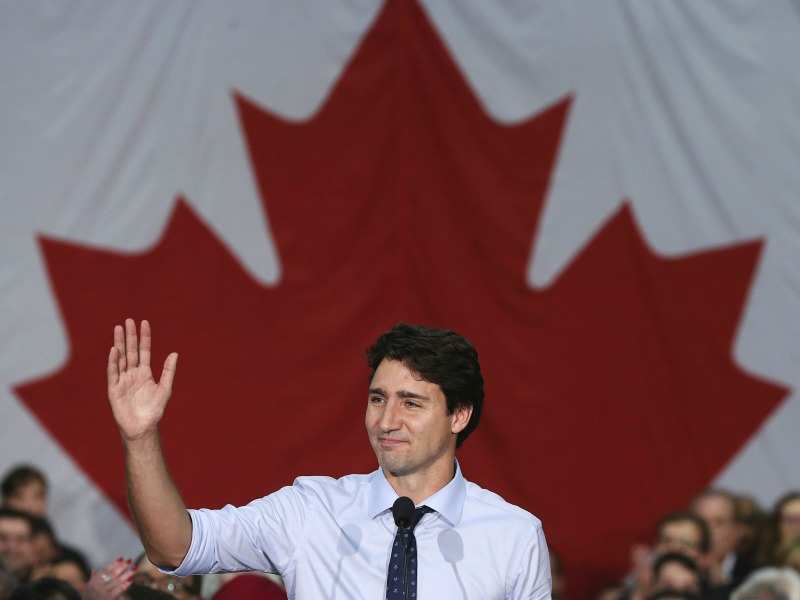 Justin Trudeau, the 44-year-old (or should we say ‘young’?) Canadian PM, has continued to garner attention from all corners of the world ever since he swore into the office at fag end of the last year. The name has packed a lot of hope for other nations, which have been witnessing the surge of conservative political parties.
Advertisement

Pal of USA!
In fact, he has also got the US excited with his representation. During his visit to the US few weeks ago, Canadian PM Justin Trudeau heaped praises on US President Barack Obama. The compliments were duly and substantially returned by President Obama too! The otherwise distant US considers Canada to be its ‘sibling’; a word that drops all caution and weariness which are essential in an ambiance of political dynamics.

People’s PM
Trudeau has all the elements that make him a ‘people’s’ Prime Minister. He won many million hearts world over when he personally went to the airport to greet and welcome the Syrian refugees who had arrived in his country.

American elections are drawing close and soon, the superpower of the world will have a new leader. When one looks at all the surging ahead that Trump is exhibiting, Trudeau is perhaps the bright side of world’s politics which seem to have hit a new low. For in him, does his country repose faith and hope.

Advertisement
Media savvy
He is among those politicians who have always been amongst people and not away from them. Within a few days of his swearing in, he held many press conferences and media interviews, not shying away from what’s the strongest pillar of democracy.

Markedly different
His government had promised to be different, and he seems to be delivering on those lines very well. His respect for experience, focus on diversity and collective opinion are what are making him a success among today’s politicians. For him, social network is ONE of the ways of interacting with people; and not the ONLY way to meet them. Because, this ‘cool ‘ PM has no hang-ups landing up at malls, super markets, schools or within public transport to hear what his nation is saying.

Meets challenges
Unemployment has been his biggest concern and he has vowed to meet this problem heads on. His ‘different’ government is proving to be very distinct in all possible ways and sets him notches up and above his predecessor who was dubbed ‘aloof and distant’.

Socially aware
Advertisement
His gesture towards changing a social opinion – whether it is marching at the gay parade or doing a yoga posture at a meeting with his colleagues – is a bag of surprises which is waiting to be opened over many years.

Loves arts
On a serious side, while the governments world over are mulling budget cuts for art and culture, Canadian PM thinks these two aspects contribute to a country’s overall image and knowledge. Hence, his government has hiked the budget for arts and culture. Criticism, he says, is what shows him the way and he wouldn’t fear lending his ears to his critics.

This modern aged free thinker has his head firmly in place when it comes to prioritizing his people’s problems with possible solutions which can set an example world over on how a government needs to focus on its people and not just worry about self image.

Unbiased
While being open to legalizing marijuana, Trudeau is also for responsible use of narcotics and not about penalizing people for whatever identity they possess. He is someone who reposes a LOT of faith in positive politics, ensuring there’s more to look forward to in politics than being the dirty game of power.

Advertisement
Commitment towards climate change
His commitment to stepping up Canada’s efforts on solving issues relating to climate change is something worth emulating by all world leaders. He is young, hands on and very open to debate over possible solutions that can help countries (his immediate neighbours and others too) build workable dynamics than snooty international affairs.

Well qualified for the post
His education is a unique combination of engineering and humanities. A stable family man, PM Trudeau is that rare ray of hope that’s shining on the horizon of Canadian skies.

True supporter of diversity, gender equality
One of the most significant aspects that has been noted, is the choice of his cabinet colleagues. They come from diverse backgrounds, are highly qualified and are as eager to serve him as much as he himself is. During one of his early press conferences, a reporter asked him why he was so focused on having a gender balanced cabinet? His answer was crisp, and packed a lot of punch. He said: “because it’s 2015”.
It’s about time the leaders of all political parties across the world took note of this answer. Because, it’s about time they turned their slogans into action, showing people that they really mean what they say, and that they CARE.