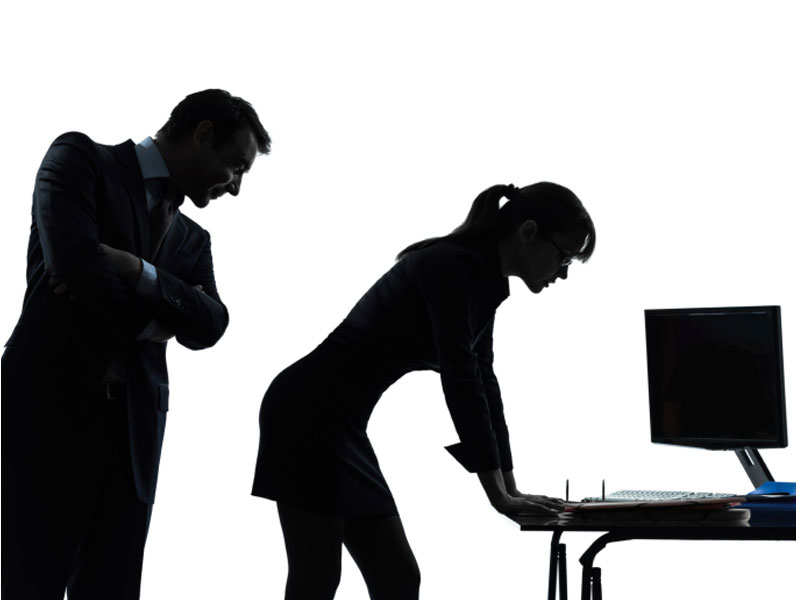 For , is nothing new. Every day they come across stories, or I dare say witness stories of women (including themselves) being stalked, eye raped, or going through verbal and physical attacks. Their biggest struggle, every single day, is to maintain their sanctity—at their homes, on road, in their educational institutions, as well as at their workplace. Women aren’t even spared in their dreams, as their stalkers often manage to enter their private zone—mind that is—and scare them.
Advertisement

According to one of the recent surveys conducted by , a cross-platform mobile calling & messaging app, Indian women don’t feel safe at their workplace. The survey, titled Nimbuzz - Pulse of the Nation, reveals that “47% of women feel their top issue at work is sexual harassment vis-à-vis inequality in pay and unequal opportunities.”

Advertisement
However, Rinku Tyagi, a senior executive with one of the leading IT consulting firms, feels otherwise. She says, “Social media platforms have just come up, while sexual harassment has been a prevailing practice for decades. Yes, texts and social media platforms are being used, but verbal remarks and physical advances still take the cake when it comes to sexual harassment.”

We couldn’t agree less despite seeing the stats put forth by Nimbuzz - Pulse of the Nation report, which reveals that “58% of women claim that most of the cases happen via sms/text.”

Rinku Tyagi, also feels that lack of confidence in the organization is the first thing that stop women from putting forth their problems. She further added two more reasons to what stops women from talking about this issue openly. “The strong social taboo of sexual harassment often overwhelms women’s thoughts. And then there is the peer pressure that they won’t get their due promotions or appraisals if they would raise their voice in the so-far-male dominated hierarchical organizations.”

Advertisement
Now, this is a major point of concern when you consider that almost 62% of people feel that sexual harassment happens by peers. So, does this mean there is no way out?

About Nimbuzz- Pulse of the Nation survey
It is the new Social Opinion Poll Index created with the help of over 25mn Nimbuzz users across India, excited on getting a platform to get their voice heard. This very user-friendly mobile chat interface throws up questions with multiple-choice answers. The survey mentioned above was conducted for 20 days, on Android, iOS, Windows, and other platforms. People from both metro and non-metro cities participated in this survey and the split was 55-45%.