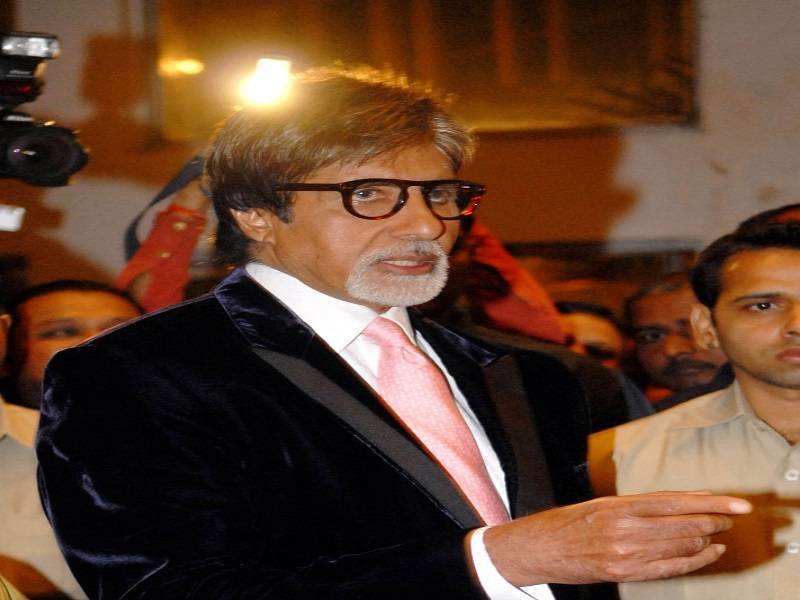 is not only an actor but an inspiration to many people across the country. He has seen the best and the worst and has yet maintained a demeanor that appeals to one and all. BI India lists down five life lessons that every entrepreneur can learn from this versatile actor.

All was not smooth for this icon when he had begun his career forty years ago. His deep voice was rejected by and movie makers rejected him because of his height. And even after he debuted in Bollywood, a string of flops marred his career prospects. Bachchan, however, remained strong and determined to make a mark in the industry. He took up roles that were secondary to the lead roles only to stay in the limelight. The fact that he went through a lot of hardships before becoming successful is definitely a point to remember for not just entrepreneurs but everyone who aspires to be one.

The man tasted immense success in the 80’s and then came a period that would give any man jitters. He was out of work, his company had gone kaput, he was embroiled in legal battles along with the authorities hounding him for recovery of taxes. However, Amitabh Bachchan did not lose hope. Instead, he at the age of 57, went looking for work. His positive attitude has helped him sail through difficult times. His optimism makes it the second important life lesson that every entrepreneur should learn from this superstar.

Advertisement
Amitabh Bachchan is probably the only actor who can connect with the youngest to the oldest person in a room. And while many call it his charisma, BI believes that the fact that he values everyone around him makes him the most favourite among generations. His down to earth personality has enamoured many people across the world, which truly makes him a people’s man. This is a rare trait, which if practiced by every entrepreneur, can make him grow leaps and bounds.

There is a reason why Amitabh Bachchan was chosen to play Auro, a 12 year old boy with a rare genetic disorder called progeria, in the blockbuster . The man is not just known for his versatility but also for the fact that he is ready to experiment even at this stage of his career. His receptiveness to new ideas and the fact that he understand it is important to change with times has only added to his brand appeal. We believe this is an extremely important characteristic that every entrepreneur should practice not only in his business but also in other sphere of his life.

Advertisement
Have a nook of your own

Lastly, it is extremely important to create your own niche in whichever industry you belong to. Amitabh Bachchan with his deep voice had created an angry young man image, which people still remember. So whatever you do, ensure you do it differently because that helps you make a mark in people’s mind.

Next StoryLeadership lessons from PepsiCo CEO Indra Nooyi
Popular on BI
1
I've only been using Apple's new iPhone 12 and 12 Pro for a few hours, but I can already tell they're dramatically different from their predecessors
2
From Mukesh Ambani to Azim Premji — Indian billionaires who dropped out of college or did not go to school at all
3
Celebrating Maha Navami 2020: Date, time and puja vidhi
Latest Stories
Trending News
Leadership lessons from PepsiCo CEO Indra Nooyi
14 Epic Quotes to inspire the Entrepreneur
Leadership lessons from Microsoft CEO Satya Nadella
Popular Categories
Trending Right Now
More from our Partners