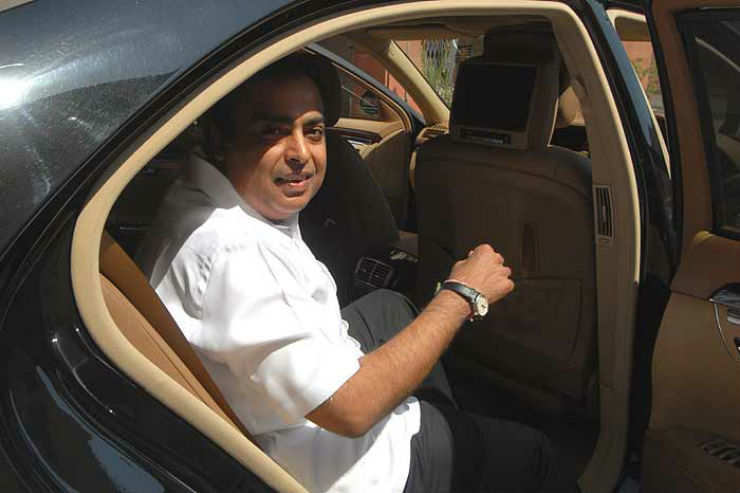 BMW 760Li is the latest addition to Ambani’s mean machines and it is customised to be the most secured car in the world. Ambani registered the car at a record cost of Rs 1.6 crore at the Motor Vehicles Department in Mumbai. As per reports, this is the highest registration fee paid by anyone in India.

The car is a regular BMW 760Li which costs Rs 1.9 crore on road. But as per Ambani's Z-category security requirement, it was armoured by BMW Germany. Since the import duty on armoured cars is 300%, the cost of the car ballooned to Rs. 8.5 crore, hence the high registration cost.

So, what all does his BMW have?

1. Ambani’s armoured BMW 760Li is fully compliant to VR7 ballistic protection, has kevlar plates inside the door panels. Each window is bullet proof with 65mm thickness and weighs 150 kg each.

Advertisement
2. The car can withstand military-grade weapons, hand grenades, high-intensity TNT blasts of up to 17 kilograms. It is tested against land mines too.

3. The BMW’s fuel tank is made of self-sealing kevlar and cannot catch fire. The car can handle chemical attack situations and has oxygen stored inside the car for emergency use.

4. Talking about wheels, the car is fitted with dual-layer tyres can withstand bullet attacks but if pierced.

5. The car can still do up to 80km/h and is powered by a V12 6.0-litre petrol engine that produces a maximum power of 544 Bhp and 750 Nm of maximum torque. It can be tracked by satellite and has an intercom that can be used to call for support during emergency situations.
NewsletterSIMPLY PUT - where we join the dots to inform and inspire you. Sign up for a weekly brief collating many news items into one untangled thought delivered straight to your mailbox.
CAPTCHA: