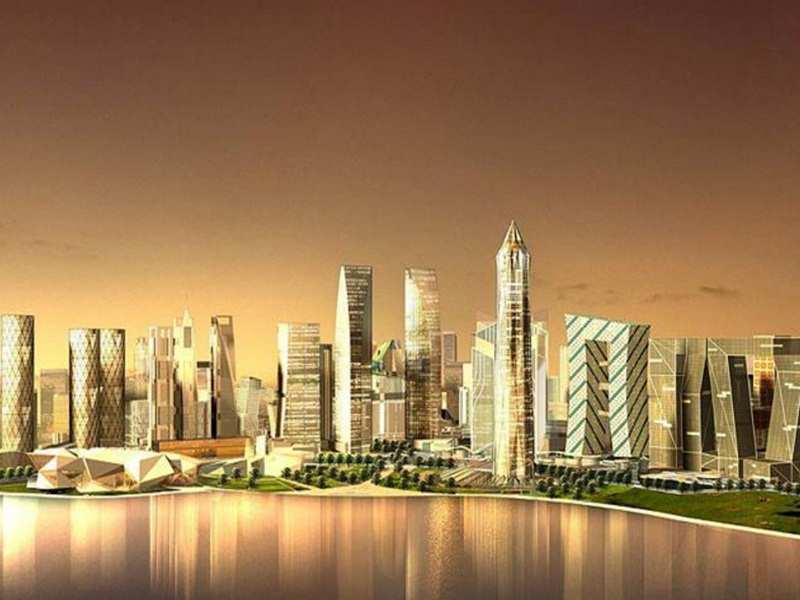 Advertisement
India and Sweden have a lot in common in terms of demography, people, culture and implementation of modern technology. While the sub-continent is looking at building , Sweden’s indigenous knowledge of its smart-city building model called ‘Symbiocities’ can actually transfer best practices to make the smart cities in the country with economically viable infrastructures providing optimum benefit for the dwellers. There are a few key lessons that India can take away from Symbiocities that Sweden has already built since years.

A large number of Indian and Swedish companies are investing in each others’ countries under various sectors with great growth potential.

In order to build smart cities in India, Sweden, recently, offered its expertise in some areas that need great attention. Waste management, optimum usage of energy, digital urban land management and urban transportation can get a major fillip from Swedes knowledge. Apart from smart cities, women empowerment and self sustainable living could be Sweden’s most important contributions to India in the coming days.

Swedish Minister Mehmat Kaplan met Maharashtra’s Chief Secretary Swadhin Kshatriya to provide much needed impetus to bilateral relations, by way of parting with expertise in building smart cities. This will give a boost to the '' initiative, with India and Sweden having signed a Memorandum of Understanding on sustainable urban development.

Minister Kaplan said, “Sweden and India have always had good relations visible through the number of exchanges on a political level as well as student exchanges and company collaborations. For a country like Sweden, striving to be an open innovation-driven , India is a natural partner, and in India, Maharashtra is of particular importance. My visit to Mumbai is to the further this partnership with a focus on Smart cities and sustainable urban development an area of mutual interest for both the countries”
Advertisement

Speaking about the collaboration between India and Sweden, Consul General for Sweden Fredrika Ornbrant said, “It is inspiring to see the broad range of engagement between Sweden and Maharashtra stretching from business and infrastructure to education and culture. Swedish companies in Maharashtra generate almost 28,000 jobs directly and a total of 1, 45,000 jobs directly in India. In line with the Indian government’s initiative to build 100 smart cities across India, the MoU on Sustainable Urban Development between our two nations will help develop, govern and manage these cities according to best practices developed through close cooperation. We are also very pleased that Minister Kaplan has come down to Mumbai to further this collaboration”

Though both countries look almost similar in their structure, there are some deep cultural similarities between both countries. Apart from this, Sweden has always been a country that has a capitalist economy, optimum social welfare programmes and high levels of resource distribution among inhabitant communities.

Recently, Sweden backed India’s bid for entry into the elite group of countries seeking to prevent the proliferation of missile and unmanned aerial vehicle technology. Sweden is already a key member of Missile Technology Control Regime and a very influential voice in the global arena.

Here are some key areas where Sweden’s lessons can serve as key policies when India realizes its dream of smart cities.
Advertisement

Efficiency maximized: More from less
The key thing that India can learn from Symbiocities is high returns from basic investment. Though Indians have an indigenous way of meeting their needs with least investment, this does not hold well when planning for a massive change of mindset by way of setting up smart cities.

Symbiocities are all about long term returns. Hence, India needs to look at multidisciplinary approach to make the entire process cost efficient and accountable to public.

According to Kaplan, “Sweden is encouraging social scientists and anthropologists to actively participate in city planning to make solutions best fit and not just urban planning. This surely aids designing the cities of future.”

Interactive urban systems
Making every system that aids efficient way of life interactive with easy user interface can not only change the method that is used to access these systems, but also ensure people’s participation in a big way. According to Kaplan, well planned logistics when optimized, can yield better transportation systems, save energy by checking wastage and ensure judicious use of power. Ecologically, this can be an area where things can be massively improved without pushing nature to the brink.
Advertisement

Smart housing
Kaplan also stated that “decision making” is being made cheaper and faster through big data and effective data management. Using optimised life cycle calculus, and hot water economy, houses of tomorrow can be self-sufficient. India can localise this solution to include panels to produce local power, rain water harvesting which can reduce the burden on urban bodies to supply with humongous amounts of water for every household.

Citizen partnership
This is a grossly neglected area that India needs to immediately pay attention to. Citizen groups are usually considered intrusive in India, since urban planning is mostly top down. This has to change in terms of smart cities, which need to tap the potential of its dwellers who may possess some great knowledge about issues relating to civic matters. Sweden enrols its citizens in most decision making processes, in order to help citizens take pride in their city.

Innovation for future
Whether it is producing clean energy or waste management, India needs to innovate since its growth potential and urban needs are going to grow manifold in the future. Sweden shows the way with bio fuels in urban areas, clean tech farming and friendly tax systems have made the country the most liveable among those in the world.
(Image: BCCL)
Advertisement
NewsletterSIMPLY PUT - where we join the dots to inform and inspire you. Sign up for a weekly brief collating many news items into one untangled thought delivered straight to your mailbox.
CAPTCHA: