5 reasons which prove Raghuram Rajan is the James Bond of Dalal Street! 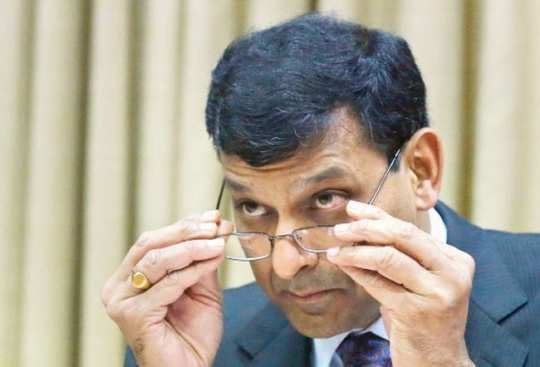 Advertisement
surprised everyone again with another aggressive measure, cut repo rates by 50 bps. He is also one of the very few who does it in style. And at , therefore we call him the of ! Here are top 5 quotes that prove our point:

1. “I don’t know what you want to call me- Santa Claus or Hawk... My name is Raghuram Rajan and I do what I do.” Period.

2. “Today’s 0.5 per cent rate cut based on progress on the ground; It’s not any Diwali bonus.”

Though James Bond was never known to be humble, Rajan is always the epitome of humility, another trait that makes him such a venerable personality.

3. “The has legacy problems and there are no silver bullets.”
Advertisement
This reminds us of his previous stances with the Government too. Remember the time when the Central Govt, behaving like a Hawk, would swoop down on him every now and then pressuring him to cut rates further.

4. "Govt has a right and there is a clause in the act where they can give directions to the RBI. But that has never been invoked. That shows that we have de facto independence." Now, there cannot be a more polite way to tell the Government not to interfere.

5. "There has been a healthy respect between the govt and the central bank. Central Bank ultimately decides the course of monetary policy." Subtle reminder to the Government that RBI knows what they are doing.