5 things that went wrong with Flipkart and Snapdeal 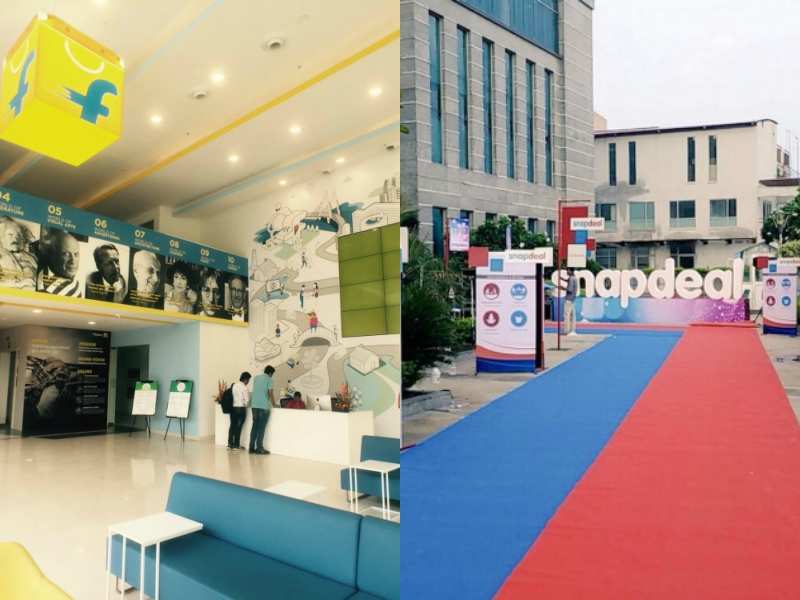 Indian e-commerce has been a playground of contradictions, with a bundle of contrasting market data and a dash of controversial media reports. Each company has fuelled the confusion with data on traffic, number of users and GMV.

Business Insider lists the 5 things that went wrong with Snapdeal and Flipkart:

Gross Market Value (GMV) and Discounting
Advertisement
Deep discounts have been the biggest attraction of Indian e-retailers over the last few years, with the focus solely being on growth. Every online retailer has spent heavily to fund discounts to win customers. ​In the year that ended March 2015, the cumulative loss of , and Amazon India stood at Rs. 5,000 crores with Flipkart posting a loss of Rs. 2000 crores and Snapdeal reporting a loss of Rs 1,328 crores.

“It was pure greed. Everybody wanted a bigger piece of the market share. The idea was that the winner will take it all”, Sanjay Sethi, co-founder, ShopClues says.

This cash burn also held up GMV figures, which was considered the single most important metric for growth. Take that away, the valuation falls, and ‘growth’ suddenly seems stagnant. However, when you have deep pockets and big stakes, you’d want to be a whale. Problem is, when do you stop?

Advertisement
“It’s not the company’s choice. If somebody else walks in, and you take it (the discount) off, you lose market share”, Vijay Shekhar Sharma, founder-CEO, Paytm says.

In April this year, the government allowed 100% in e-commerce. However, the most disturbing feature in the policy was the bar on discounting. This has forced every player to re-consider their business models.

As a senior Flipkart official requesting anonymity puts it, “Binny’s (Bansal) going deep into the commerce side, looking at every category and asking the right questions. You can be profitable at a gross level, but certain categories might still lose money. He’s focusing on how to sell better on Flipkart.”

Advertisement
High Cost Machine
While the initial race to shoot up GMV and touch a billion dollar valuation has receded, every player is left with a high-cost machinery, with soaring operational costs.

Earlier this week, Flipkart co-founder and Executive Chairman Sachin Bansal hinted at a tough financial climate. He maintained almost every Internet company around the world goes through it, and they’ll try and raise as much capital possible, but on their own terms.

However, ShopClues co-founder Sanjay Sethi thinks the slack performance of the segment-leaders is a factor to their current woes. “Investors are rethinking about businesses that haven’t shown a clear path to profitability. There’s clearly a slowdown, but it’s not a long term thing”, Sethi says.
Advertisement

While there have been reports of the Snapdeal-Flipkart duo struggling to raise money at their current valuation since June 2015, the founder thinks most companies can live with their current cash burn rates.

“I don’t know a company that cannot sustain for the next two years. Also, specific companies may have their own concerns and issues, but people are putting in money”, he says.

Losing Focus
Advertisement
In a market as fragmented as India’s, no one brand has dominated categories like apparel and grooming. Too much inventory stocked for too long eats away profit margins. Some say the country's FDI policy forced these companies to potray themselves as marketplaces, while they were handline everything from warehousing to logistics.

Retailing in itself has never made money, even for Walmart at this scale. It’s always a 4-5% margin. That way, the marketplace model is profitable even in Amazon’s balance sheets. The ShopClues founder thinks when you’re on a hybrid model; you compete against your sellers, and that hampers growth.

“If you decide to take fashion as a marketplace model because there are too many sellers, and a certain brand is making more money, there’s the greed to have an inventory in the interest of better margins. That way you build distrust among sellers”, Sethi says.

Advertisement
Combine huge stockpiles in warehouses, heavy discounting and 4-5% gross margins in some categories, and you have a business that makes zero sense at unit commerce level. You can either sell too many brands on a pure marketplace model, or select brands on an inventory model. Fire and water don't mix.

The Paytm founder agrees. “It’s better to leave merchandising and fashion trends to retailers. When I see these companies building private labels, it makes me uncomfortable personally.”

Some steps proved costly
The idea of going app-only proved to be a big distraction for Flipkart and Myntra. Flipkart’s Big Billion Day sale went app only last October, and reversed its decision for its Republic Day sale this January.
Advertisement

While the company’s brave attempt to try something new must be lauded, it made little business sense. “Companies are fighting over 2-3% market share. It made no sense to leave 10% of your users and go app-only. That’s somebody not using the retail mindset”, Sethi says.

Flipkart still maintains it was always mobile-first, and never app-only for them, and it all got misconstrued. Amar Nagaram, VP, Mobile Engineering, Flipkart says, “We never quite stopped our efforts for mobile web. We actually pushed browser companies to offer a better experience.”
Advertisement

In a country with low credit card penetration, both Snapdeal and Flipkart ventured into mobile payments a bit too late. Flipkart now has its WSR Wallet and Snapdeal made way for the FreeCharge Wallet, but Paytm's Wallet services were way ahead. The Softbank-led company now allows its users to book Uber rides globally, and will soon let them shop on investor Alibaba's B2C portal.

Lure of the Market
Everybody agrees the fundamentals of in India are very strong. Every other report brings on huge growth and market size figures. True, e-commerce currently only accounts for 2% of the total market, and there is enough room for growth.

Advertisement
The recent report by CIII and Deloitte India peg India’s business to consumer (B2C) segment will grow more than seven times to $101.9 billion and the number of online shoppers will grow over 10 times to 220 million in 2020.

“If only Snapdeal and Flipkart tone down their expectations, they could build fabulous businesses”, Retail Consultancy firm Technopak MD Arvind Singhal says.