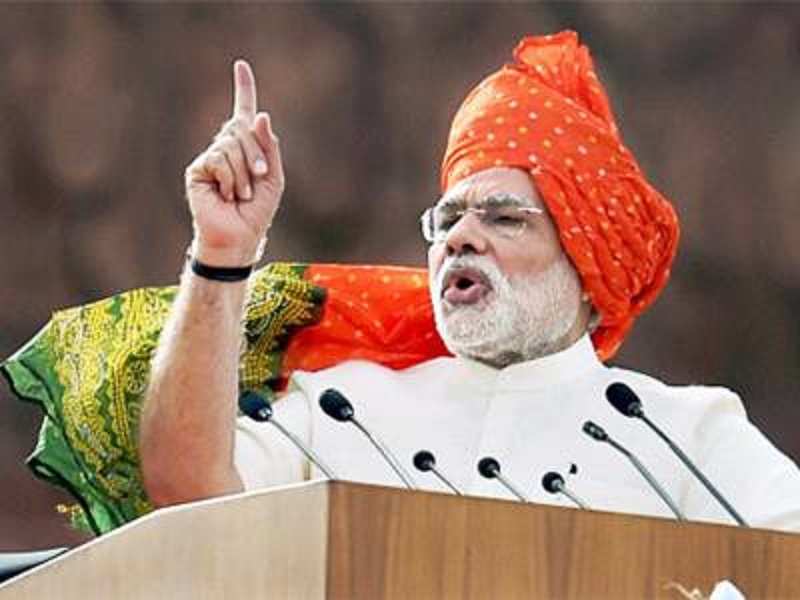 Prime Minister Narendra Modi is counted among the likes of great orators like Lincoln, Martin Luther King Jr. and . He is one the most popular Prime Minister India has ever known and whatever he or his government does, he makes sure that the whole country knows about it. Often accused of being a one man show, one cannot deny his skills in public presentation which he has mastered over the years.

1. Mann Ki Baat- A survey conducted on the show’s success in six Indian cities indicated that 66.7 per cent tuned in to the radio to listen to the show and found it useful. Mann ki Baat has become a major source of revenue for . While the usual ad slots on AIR sold for INR 500-1500 per seconds, but a 10 second ad slot for Mann ki Baat cost INR 200,000. Addressing a population of 1.252 billion and becoming so successful surely needs the skills of a great orator.

2. Independence Day Speech- Modi’s 65 minute speech was one of the most trended topics on August 15, 2014, a first in its history. Though many might think it to be the changing social media effect, but the tweets stating his speech to bring tears in the eyes of politicians to being a speech that can create a thunder at Red Fort clearly speaks why this particular speech was a result of the sheer brilliance of this one man.
Advertisement

3. Rajya Sabha Speech- Modi is a good orator was once again proved by his Rajya Sabha Speech on March 3 2015. He not only talked about the problems of India and about the missions of his government to solve them, he dared to talk about topics which his predecessors dared to even think about. From Black Money to Technology, he talks about it all and talks well.

4. Election Campaign Speech- It is not an easy task to win the hearts of the country to become one of the most popular Prime Ministers of all time while his hands are still stained with the blood of Gujarat Riots. People forgot the riots and focussed on the nitty-gritty of the Gujarat model that was built by Modi himself. This man managed the whole campaign single handed.

5. Metro journey- is the first Prime Minister of India to travel in a metro with fellow passengers who were daily commuters. He even had a friendly conversation with them. It takes one to be a great listener to become a good orator.
Advertisement
(Image credits: Indiatimes)