6 Nostradamus predictions for 2015 that defy logic! 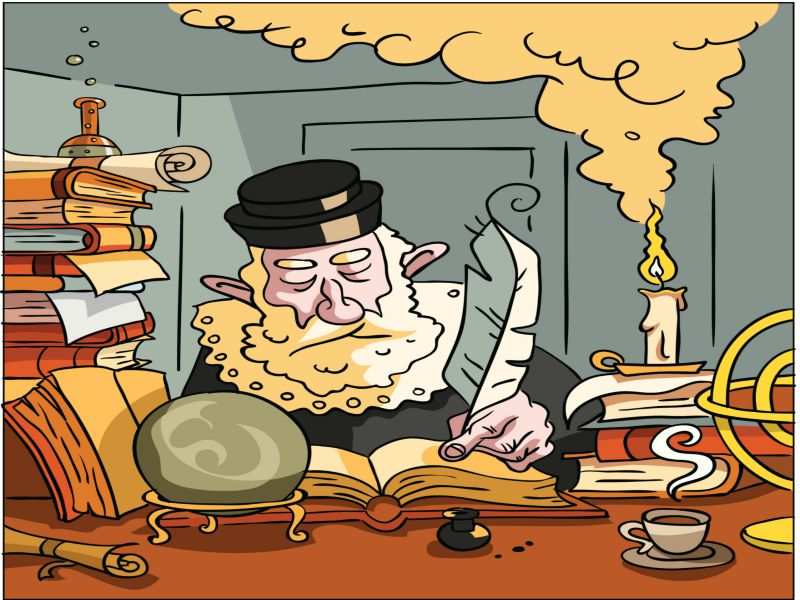 We agree that some of the predictions of French apothecary and purported prophet Nostradamus have come true and his first book, "," in 1555, is still selling like hot cakes.

But, his predictions for 2015 have given fodder to my imagination, which may even compete with Harry Potter’s world as they just seem unrealistic.

Here I share 6 of his predications that left me anxious and in splits. Check'em out and share your reactions in the comments section below.

Advertisement
1. No language differences will exist in 2015: Nostradamus has predicted that a universal translating machine will be developed and it will lead to the end of nations with “new engine” in the world. So, what will be the machine like? May be a small screen that could be fitted on someone’s head, so that when they speak, everything gets translated at that very moment.

2. The resurrection of the dead is also foretold: Nostradamus said the buried shall come out of their graves. Wait a minute! Are we talking about zombies here? Reminds me of the Zombieland. Is hell already full that dead people will then start walking on the streets? Just imagine your dead grandma giving you cookies! No offence.

3. Mount Vesuvius will go under major eruption: Mount Vesuvius is in the Gulf of Naples and its eruption can cause massive destruction. But since when did we start predicting about natural calamities? Geologists, any comments?

Advertisement
4. Humans will live over 200 years old: How come? With markets plummeting and stress levels increasing, how is it possible that a person will live beyond even 70? Nostradamus says an 80-year-old guy may look just like the 50-year-old gentleman next door. Wow!

5. Humans will learn to communicate with animals: So this means, you will soon be able to figure if your pet is having a lousy day or it just needs a lick off your chocolate ice-cream to make its day better! Just imagine asking your feline what she would like for breakfast-a dead rat or just some fish? Nostradamus wrote “The hog will become brother to man”.

6. The Western world will abolish all kinds of taxes: Then how will rich become richer and poor, poorer. Is the world aiming to become like one big ‘Dubai’? Well, who will be the middle class then? Really?

Advertisement
Only time will tell!