65% of start-ups feel Indian startup eco-system may be in a tech bubble: Report 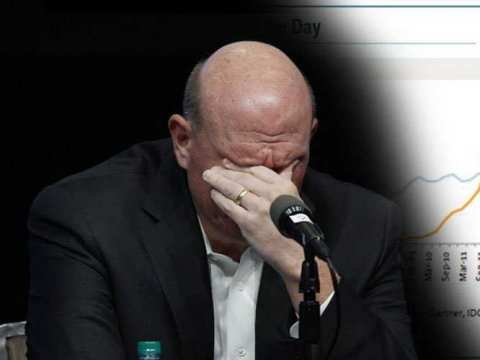 2016 hasn&rsquo;t a great year for the Indian startup ecosystem. suggests that private equity investments in India fell up to 25% from its peak:1,752 deals in 2015 to 1,309 deals in 2016, hinting that the noose for &lsquo;innovation for the sake of innovation&rsquo; is tightening.

According to a survey by , the slowdown in funding was palpable with about 63% of the 175 respondents&mdash;founders of bootstrapped, angel-funded or series A and B start-ups had an &ldquo;unfavorable&rdquo; fund raising experience. Amongst the surveyed, About 7% of the start-ups raised a bridge round, 9% ended up raising a sub-optimal round from new investors while 15% of the start-ups failed to raise any money.

The slowdown in funding has also prompted many start-ups to shut shop or get acquired to larger rivals. According to , as many as 212 start-ups closed down in 2016, including popular grocery delivery start-up and food delivery start-up Tinyowl, against 140 the previous year and there doesn&rsquo;t seem to be a slowdown happening there.

Advertisement
are still quite optimistic with 94% of respondents saying that they would look to fundraise in 2017, though opinion was split evenly on whether fundraising would be easier this year than the last.

Watch: Leader of Drivers Union Threatens to intensify protests, says will hamper public transportation services if demands are not met

Respondents rated the emergence of start-ups with more robust business models coupled with more exit activity as most likely to improve investor sentiment in 2017 and The majority of respondents stated growth as their focus area in 2017; VC-backed companies, however, rated achieving profitability in the next 1-2 years as the key objective, which is the need of the hour.

Raising equity, managing talent and market creation were voted top business challenges going into 2017, hinting that the road will be full of bumpers for the emerging businesses.

Advertisement
Not just that start-ups also said that some sectors were more hyped than the others with Agri-tech, Artificial Intelligence and Logistics were voted as most underhyped sectors whereas Hyperlocal and Digital Payments as overhyped ones.
ALSO READ: Here&rsquo;s what Ola, Uber have to say as protests by drivers refuse to die down

Saying that Digital Payments and Artificial Intelligence were expected to be hot sectors in 2017 with demonetization and digitization being government&rsquo;s top priorities after last year.
​
Respondents felt further Government policies to improve tax policies, facilitate cheaper financing and increase investments in digital infrastructure would most improve the start-up eco-system and the Goods and was rated the most helpful Government initiative, till date.