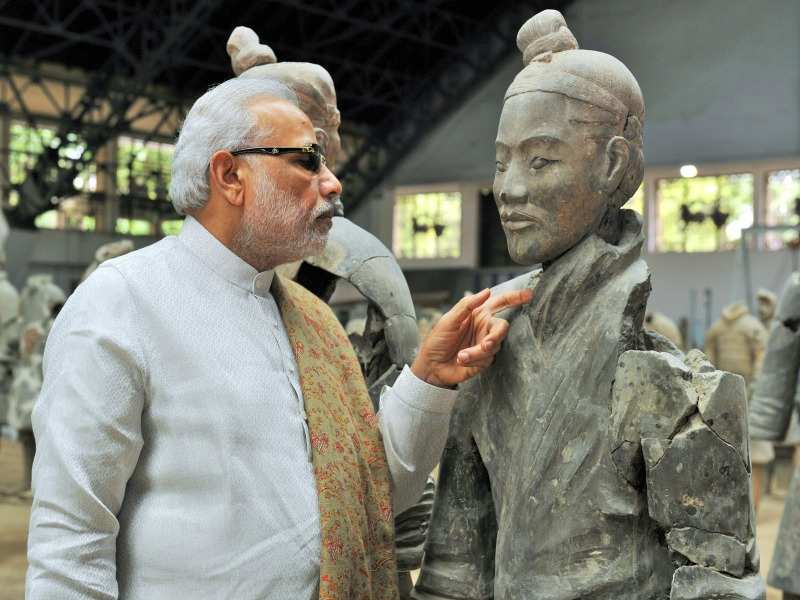 From a polarising figure to India’s Prime Minister, Narendra Modi, who is popularly called as NaMo, has built his own brand with a lot of hard work.

He has sailed in choppy waters with aplomb and today, Modi is the most popular brand in India. The margin of his popularity, relationships, growth and achievements is much higher than his competitors. He is a leader who has been able to connect with global leaders as well as the common man.

Modi, who can also be referred to as the CEO of our country, has taught us innumerable things on becoming a brand.

Advertisement
So, on his 65 th birthday, we jot down seven lessons that can be learnt from his life.

1. Optimism & self confidence: His journey from a tea-seller to a leader of world’s largest democracy teaches us about self-confidence and optimism. His life has inspired and has given very important message to three generations - youth, middle aged and old aged-that family background, elite education and age cannot act as a roadblock to one’s dream to achieve something extraordinary in life.

2. Resilience: Modi drew flak from all quarters during 2002 Gujarat riots, both nationally and internationally. Many business leaders questioned favorable environment for businessmen in Gujarat, and countries like the US revoked his visa. During 2014 general elections, few key leaders of his Bharatiya Janata Party (BJP) and its allies were not in favor of his selection as the Prime Ministerial candidate. But, he came out strong from tough situations and surprised everyone with the results.

Advertisement
3. Develop faith: Modi is often criticized for his foreign tours and his government has been through a roller-coaster ride on several issues including black money, Lalit Modi row, Vyapam scam, etc. Still, through counter-attacks and speeches, Modi has instilled a faith in the common man. Also, by pitching India as the best place to invest and highlighting the positives, he has also lead business honchos, worldover, to invest in India. Highlight positives and show your strengths. If you have confidence in yourself, everyone else will also show the same in you.

5. Think Different: Ditch the traditional methods and do something offbeat to connect. During the 2014 parliamentary elections, Modi engaged with his target audience using different technologies and innovative campaigns. Through webcasts, data analytics, digitization, 3D holograms, social media, etc, Modi was omnipresent. His ‘chai pe charcha’ campaign was a hit.

Advertisement
6. Communication and keep in touch: It’s not that NaMo, who is an excellent communicator, forgot his audiences after elections. His monthly address ‘Mann ki baat’ is still a rage among Indians. Modi’s speeches are articulate and well-crafted which also touch an emotional nerve. Communication is one of the best tools, which can really build a brand.

7. Vision & knowledge: Modi has great insights on challenges faced by public, his knowledge on historic and cultural facts are also remarkable. Most importantly, he has a vision to make India an efficient and modern country that thrives in various industries and fields. He wants to turn India into world’s manufacturing hub and his ‘Make in India’ initiative has already garnered lot of steam. It is important to targets and a vision and tread of that path.

(Author of this article is Harsh Pamnani, who is a former Senior Manager of TiE Mumbai and an alumnus of XLRI, Jamshedpur)