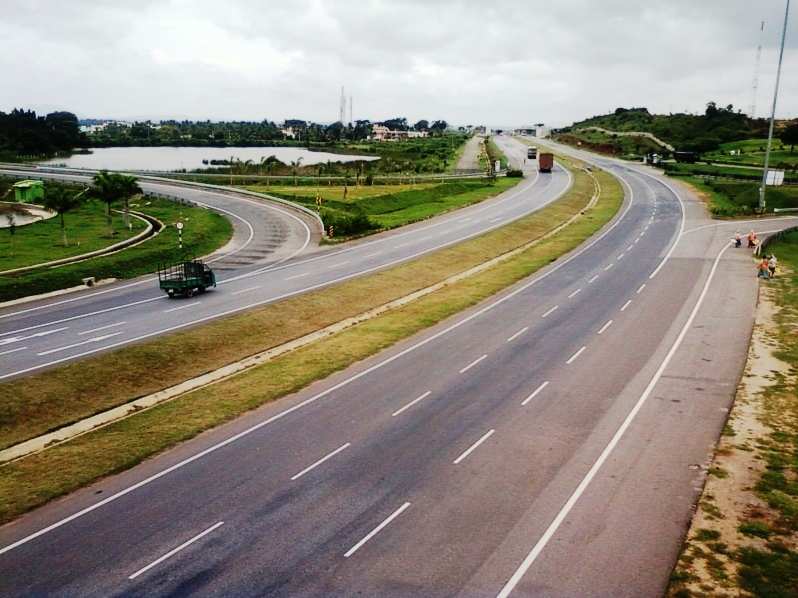 Even in this age of jet travel and space tourism, highways hold an irresistible charm for travellers out to have an up, close and personal experience of the wide roads stretching ahead for miles, uninterrupted views of a breathtaking landscape, the occasional flyways and the not-so-familiar villages and towns rushing by. It’s even better than chugging along the countryside in a train. You can stop any time you want – to sample some chatpati chaat and a steaming cuppa of chai at a roadside dhaba; to talk to people; to take a dekko at local interests or simply laze an hour or two in shine or rain with the greens around you and the fresh smell of soil floating in the air.

Now that our train series is over (but we promise to bring you more as soon as new and exotic routes come up), we are back with a more exciting roadmap of that criss-cross the entire country, connecting the four metros and many of the Tier I cities, and going much beyond the urban landscape. Infrastructure development in India has undergone a sea change over the past few years and the country currently boasts the in the world, with a road length of over 4,689,842 km, as per 2013 data from the .

Starting from FY2012-13, the will be also putting $17 billion over the next five years, being sourced through public-private partnership () road projects. This will be used by the (NHAI) for the planned series of (build, operate and transfer) highways. In spite of several bottlenecks, the has set up impressive targets and aims to develop 20 km/day, in a bid to fast-track the country’s .
Advertisement

As of July 2013, account for 79,116 km, connecting all major cities and state capitals. Expressways, however, differ a bit in the sense they are controlled-access highways like the or or autobahnen in the US and Europe, essentially designed for high-speed traffic. As of now, most of the expressways in India are 6-8 lane and cover a total distance of nearly 1,208.19 km. India expects to add another 3,530 km of expressways by 2014 as projects under construction get completed. Another massive programme is also under way to expand the network and the Indian government plans to add an additional 18,637 km of expressways by 2022.

So are you ready to emerge on another breath-taking with us, literally a journey of thousand miles and more? We will bring you the super expressways zone-wise – so that you know which route to choose when travelling North or South, East or West. And it will be a beautiful journey as art and cultural critic so rightly said – Beauty is and always will be blue skies and open highway.

Image: Wikimedia Commons
NewsletterSIMPLY PUT - where we join the dots to inform and inspire you. Sign up for a weekly brief collating many news items into one untangled thought delivered straight to your mailbox.
CAPTCHA: