8 Management Lessons From The Iron Man Of India 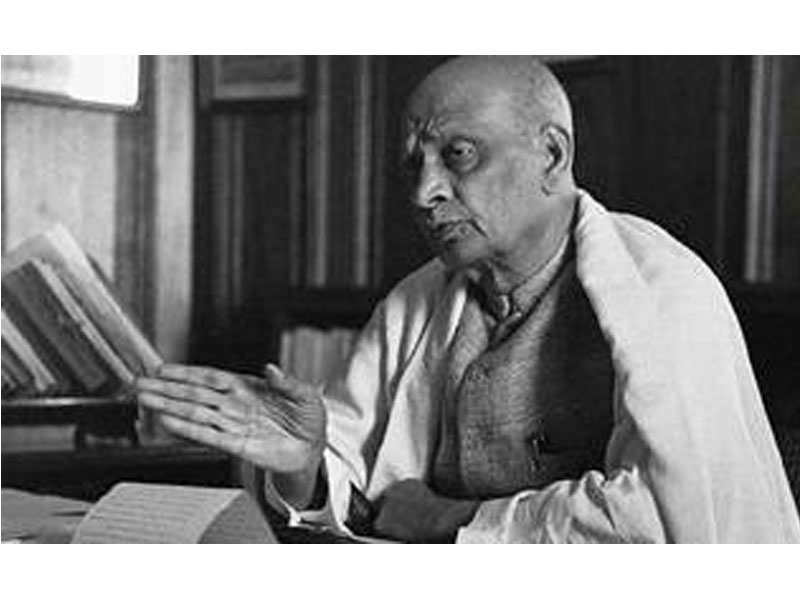 Born on the countryside of Gujarat, and raised during the time when British had occupied most parts of India, went on to become the unifier of India that was on the brink of falling apart while almost closing in on independence.
Advertisement

The country was vast, and mostly in shambles with the objective of that seemed to have been achieved with British leaving India. But the problems remained. Partition was a lot more gory and painful than what the leaders had imagined. On the other hand, within whatever remained as ‘India’ the feeling of solidarity was rather hazy because the status of ‘republic’ was still far away from being attained. States were excited about freedom, but anxious about what lie ahead of them.

Only few leaders played a prominent role during this time. The barrister turned organiser and a leader with steely spine, Sardar Vallabhabhai Patel was the person who withstood the challenges of time, and managed them like the challenges were what make the fruits of labour sweeter.

In fact, the name ‘Sardar’ was given to him, owing to the fact that he had always displayed amazing organisational and leadership skills. He was a leader who was loved by everyone, and even those who hated him, would grudgingly acknowledge the fact that he was a born leader.

The current generation, which trains in B-schools to pick up leadership skills and lessons in management, could well study a personality like to understand the importance of staying a thorough leader. He was a rare kind, the only kind and probably will remain so, unchallenged.

Advertisement
‘ of India’ was what he has been recorded as, through the pages of history. There must be hardly any other leader who was bestowed with meaningful titles from the followers who stood steadfast and strong with their leader.

Here are a few qualities that made him the leader he turned out to be. The one history could never forget, and never stop admiring.

1. Take initiative
Patel took on himself the task of unifying the states that were torn in different directions under the rule of kings. He had known this was what undid the India that existed before the British took over. Well into the course of struggle for independence, he worked towards this single goal and even after India was free from the British rule, the goal was almost half achieved. But the other half was more challenging than before since it involved having constant dialogue with the stakeholders. Sounds like a typical management challenge? Well, it was and he excelled at it.

2. A true leader
Though history says Sardar Vallabhabhai Patel had shown great leadership qualities right through his childhood, it would be important to note it was more a personality type than a quality alone. He was someone who was a born leader and clearly identified the traits within himself. He marched the path that his mind showed with clarity and did so fearlessly. A leader is the one who knows how to deal with his confusions.

Advertisement
3. Cross roads excite leaders
Normal people with basic intelligence get flustered when there is a cross road at any juncture. But, a leader sees these things as an opportunity to choose between two things. Hard thinking coupled with increased clarity on objectives and vision, a cross road is a clear decision of what need to be prioritised over something else.

4. Goal setting
Unification of the India that was left after partition was a mammoth task. It was no cake walk, but ‘Sardar’ Patel was a born leader who had set this goal and worked towards it relentlessly. He knew once the British left India, the rest of the country had to stand together in solidarity. This could be a crucial lesson for leaders who manage companies through crisis and management of the same. No matter what the challenges are, a goal is what needs to be achieved without blaming situations that threaten the very premise.

5. Stand with people
While working towards his goal, Patel was with people and not away from them. While he could have a dialogue with Nehru, Jinnah and Gandhiji, he could also communicate with clarity with people who worked at grassroots level as well with equal ease and empathy. Standing with employees even as dialogues with higher stake holders are in progress can set a real leader with vision and goal, apart from ordinary people who would wish to stay away from complicated situations.

6. Sagacity
Advertisement
What are the important challenges for a leader? Sagacity and integrity being two of them, it is important not to lose sight of the bigger picture. Even when things head on a different direction, staying on the course and working through challenges will only help the person who is at the helm of things. Using shrewdness is a virtue, but make sure it doesn’t threaten to tear the goal apart. Important lesson: bring on the shrewdness, not the ego, into the picture and stay with it.

8. Diplomacy
Though he was known as a man of iron will and spine; Sardar Patel also often employed diplomacy to keep the dialogue on and never closed the doors of discussion. This was an exclusive role he found and fit himself into, where the other leaders claimed helplessness. A unified India was his gift to the generations ahead.