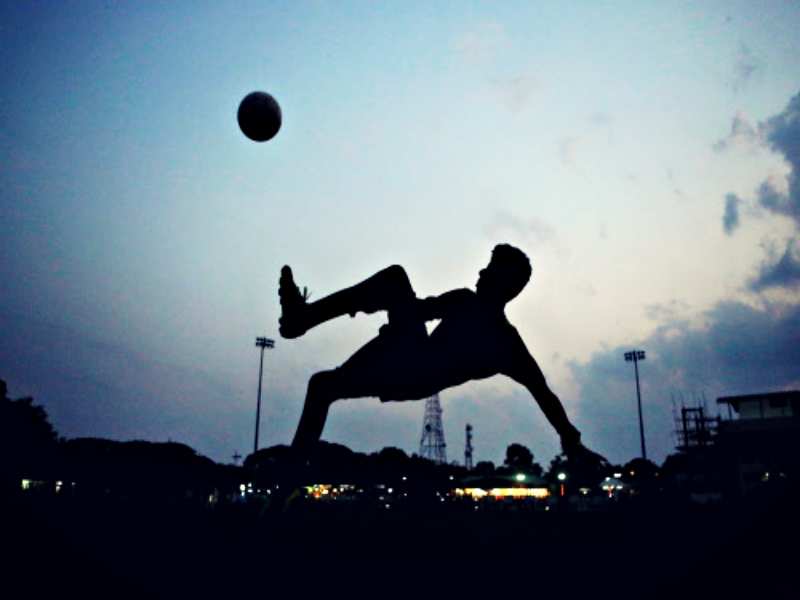 Advertisement
Launched in 2009, India’s first school and PE Company is going strong. The company recently raised R.s 65 Crores from . This startup looks to bring about a change in the way sports or physical education is perceived – that it is not meant only for competitive children playing for trophies but to be inclusive, and improve the child’s general fitness levels.

BI India chats up with IIM Bangalore alumnus and co-founder-CEO of EduSports Saumil Majmudar to find out more about the company and the fitness levels of today’s young minds.

Why should a school outsource their Physical education curriculum?
The question for any business is what their core is and what isn’t. In schools, sports is not seen as the core. For many years they got away with not doing much. Now parents are demanding a lot more form the school’s sports programme as fees go up. They are now perceived as customers and not grateful recipients of the school’s service.

Also, parents no matter how privileged they might be do not have access to quality on-going regular physical activity for their children. Urban planning has also let down the Indian kid. As a parent you really don’t have the options except the schools. We designed a program that embraces the constraints of limited time and space in the schooling system and still deliver a positive experience.

Advertisement
What are the things you can take care of for a school?
We can handle the physical education program from Nursery to the 10th standard. That includes the curriculum, assessment, inter-class tournaments, leagues, parent sessions, participating in tournaments and school team building.

How much do you charge for these services?
Roughly it comes to Rs. 150-200 per student per month. Of course, there are over 500 children, so it’s a broad ballpark.

The typical business mentality has been you outsource for cost-cutting. Do you face that question?
In the contrary we’ve often found that schools have invested 3 to 4 times in physical education after employing us. Ours is not a cost saving proposition. It’s a value proposition.

As newer schools crop up, where are the current physical education teachers falling short?
Advertisement
To be fair to them, trustees have been telling coaches to just make the school team win. That way you’ll take the 20 talented ones and focus on them. There has been a structural lack of focus on being an inclusive program. Sports in schools have always been a performance-oriented program. That’s like saying the Maths program is only for people who can get into an IIT! *laughs*

Also, the tools required to run an inclusive age appropriate program is not what is being taught in BE colleges today. The colleges teach coaches how to organize teams and campaigns.

Do you see the mentality of schools and parents changing?
Most parents in their 30s and 40s have realized that marks account for only a part of your overall success. A larger part is based on your ability to work as a team, goal-setting and so on.

The more fundamental issue is the physical fitness of a child. In most cases, the school sports program is the only assured sporting activity a child might have. Not everyone learns Chemistry to become a Chemist, right? *laughs* A well rounded education should cover several touch points, and sports is also a part of that.

You’ve worked with over 400 schools across 100+cities in India. Is space a constraint in the newer schools?
Advertisement
Some of the higher end schools have space. Most of the lower end ones have lesser space. Schools worldwide are facing the problem. Sports is often reserved to the common areas, and those are being taken away.

Since we can’t approach schools or urban planners to offer more space, we can only get more children to play. The question we ask is whatever we can provide meaningful activity to children in the limited space we have access to.

What are the health risks children face due to lack of exercise?
Broadly we’ve seen lack of flexibility and strength in one of two kids. 30% plus don’t have the right BMI. Almost a similar percentage is obese. The problem is apparent. It’s time we shift the conversation to the solution.

What is the possible market size for a service like this?
We’re currently working with around 400 schools. There are around 25,000 schools in this price bracket, and the segment is growing at 5-7% p.a. Roughly thousand odd schools are being added every year. An average investment of Rs. 10-12 lakhs per year from each school means that it’s a hundred crores market every year and cumulating.

Advertisement
The government has a million schools. If 10,000 government schools outsource at 10 lakhs a year, its a thousand Crores market.