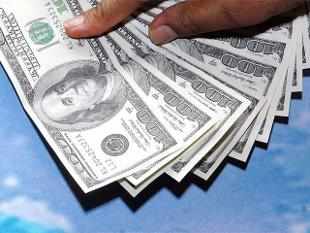 Members of the US-India have already invested $28 billion in India since September 2014 and investment of another $45 billion is in the pipeline, council Chairman told Prime Minister here.

"In September 2014, the USIBC members indicated an investment figure of $41 billion that was likely to be invested over a 2-3 year period. Today, I'm happy to announce that in less than two years, about 20 percent of the USIBC members have already invested $28 billion," Chambers said.

Advertisement
"In the next 2-3 years, we will see this pace accelerating -- with indications that USIBC members are on track to invest an additional $45 billion, which is a conservative estimate," he added.

The prime minister also presented the USIBC Global Leadership Awards to of Sun Pharmaceuticals and of Amazon.

Advertisement
Speaking after receiving the award, Shangvhi said the US is the largest market for his company, and that almost 50 per cent of Sun Pharma turnover is in the US.

We have invested close to $4 billion in the US and we continue to invest both in manufacturing, infrastructure as well in R&D. Out of $450 million we will spend on R&D, $200 million will be spend in the US," he said.

Bezos said Amazon.com had pledged another investment of $3 billion in India.

Advertisement
"We have already created some 45,000 jobs in India and continue to see huge potential in the Indian economy," Bezos said.

According to , spokesperson of India's Ministry of External Affairs, the prime minister outlined the strengths of the Indian economy and its talented workforce to the chief executives of the American companies and discussed with them the prospects vis-a-vis solar energy and digital connectivity.

At a gala in his honour later, Modi lauded the contribution of the Indian diaspora in the US and said a partnership between the American capital and innovation and Indian human and entrepreneurship can prove a powerful combination.

Advertisement
He also emphasised that emerging economies also have a legitimate wish list for the rich nations.

"It is very important for us that developed countries also open their markets, not only to goods from countries like India but also to services," said Modi.

"India is much more than a market. India is a reliable partner. It is a source of high quality scientific, engineering and managerial talent," he said. "We are encouraging foreign and domestic investors to set up high-quality and efficient manufacturing facilities."

Advertisement
On his part, Modi also promised disciplined macroeconomic policies, gender justice and empowerment, social security net and inclusive growth, while assuring that major steps have been taken to curb corruption, which was one of the main concerns and constraints in India.

"This brings me to an achievement that I think even our worst critics do not dispute," he said at the event, where a host of top US political figures joined the business leaders to toast Modi.