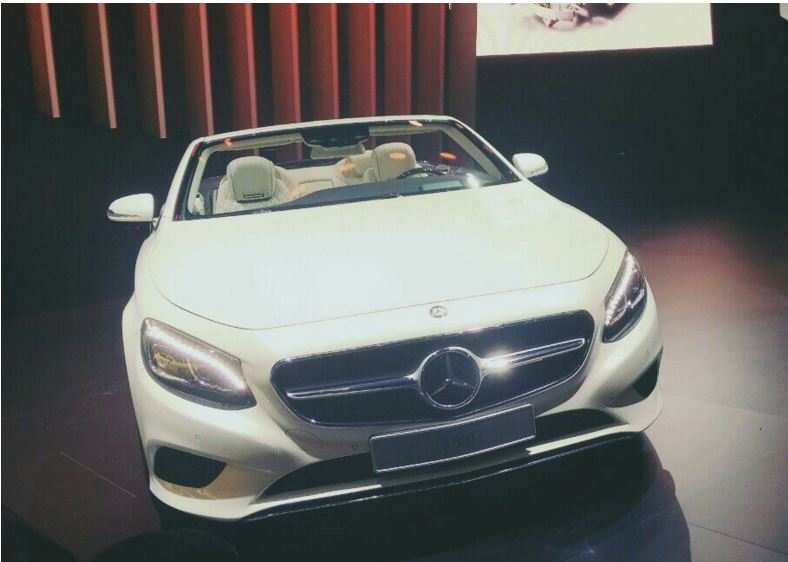 After winning many a heart globally at the Frankfurt motor show, the debuted in India at the Auto Car Expo 2016. The luxury car looks to set a new benchmark in safety, efficiency and comfort.

The S-Class Cabriolet looks very much like the S-Class Coupé. The same optional LED headlights in the front, encrusted with Swarovski crystals for the indicators and daytime running lights. To have the largest fabric roof, the Cabriolet also has a new windscreen with greater rake.

Under the hood is a 449 BHP twin-turbocharged 4.7-litre V8 motor. It drives the rear wheels through a standard nine-speed automatic gearbox. No performance figures have been revealed.

Advertisement
Although not yet confirmed, plans to add a 621 BHP twin-turbocharged 6.0-litre V12 to the new S-Class Cabriolet line-up in a plush new S65 Cabriolet.

Step in, and the two individual rear seats are electrically adjustable. Options include Mercedes’ turbulence-reducing Aircap system, and that extends out of the windscreen header rail. Airscarf neck-level heating is also available.

The expected price for the S-Class Cabriolet is somewhere around Rs 55-60 lakhs!