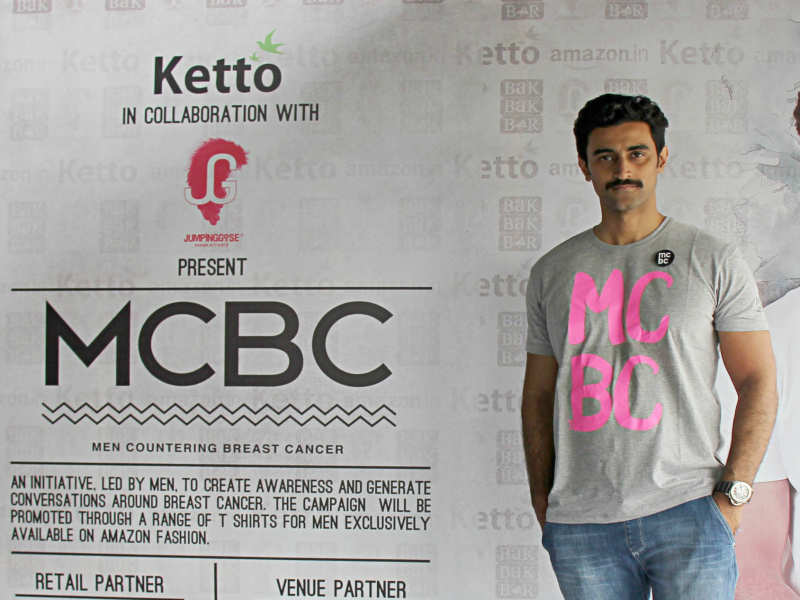 is a famous personality known for his work in Cinema but few know of his brilliant work in the ubiquitous crowd funding- for- causes platform, .

Ketto is an online fundraising website to raise funds for social(NGOs/Non-Profits/Charities), creative(Movies/Music/Theatre/Fashion/Technology) and personal(Health/Education/Travel) causes from a large number of people who share your passion or concern.

Ketto, founded in 2012 by Varun Sheth, Zaheer Adenwala and Kapoor, is engaged in the business of crowd-funding, which requires raising small sums of money from large numbers of people to achieve a common goal.

caught up with the charming actor in where he was launching the &lsquo;MCBC&rsquo; campaign (Men Countering Breast Cancer) is spearheaded by men to generate awareness and conversations around breast and most importantly to encourage women to get checked early. As a part of the campaign, Ketto and JUMPINGGOOSE&reg; have launched a range of branded T shirts for men exclusively available on .

Here are the excerpts:

Q. What is the kind of work Ketto is doing?

Kunal: At Ketto, we believe that a change in mindset is the first step towards solving a problem. Over the past 4.5 years, we have raised over 40 crores for different causes. People are catching up with the idea of crowd funding. Ketto is a reward based platform where if you support a tech company, you get the product as reward and if its a social cause then usually your reward is just the gratification of helping someone out and so on. There is no equity or stake.

Q. How does crowdfunding help start-ups?

Advertisement
Kunal: Crowd funding is great for start-ups. It is basically democratisation of capital in a world where very few people control the money. When someone has a great idea, they can ask people to validate it by contributing whatever they can. On Ketto, a bunch of start-ups have raised money and also gone ahead and raised money from VCs and investors because crowd funding is a validation of the fact that their product was viable.

Q3. From acting to running a business; why did you chose to start Ketto?
​
Kunal: I&rsquo;ve always wanted to run a business which was ethical which not only made profits but also gave back to the society. I found crowd funding fascinating while I was working in the social space with NGOs, I found the cost of raising money for causes was very high, going upto 401-50% which I thought was very unfair.The maximum amount of money should go to the cause.