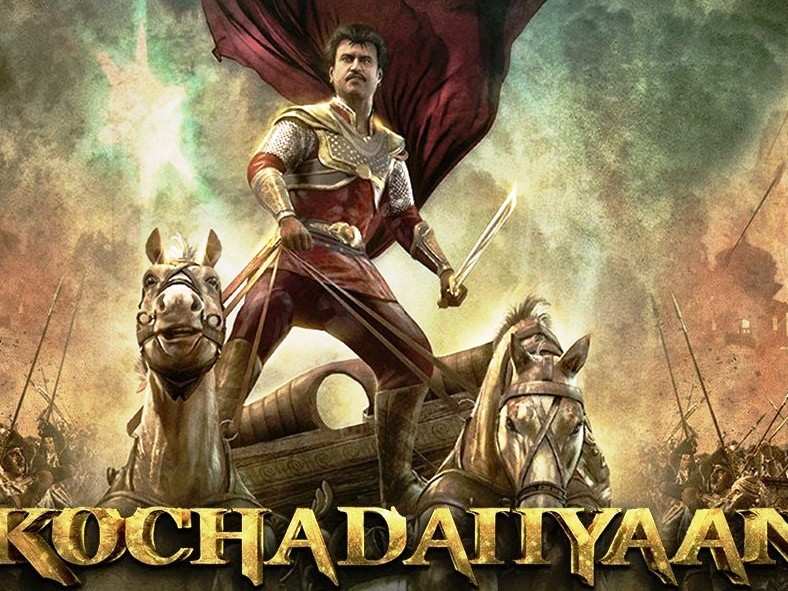 Advertisement
When takes the centre stage, big bucks are bound to roll in. The drought is finally over as silver screen sensation ’s latest outing has turned out to be a smash hit, crossing the Rs 50 crore mark in just five days, according to industry estimates. The movie grossed Rs 42 crore worldwide in the first three days, according to a release by . Domestic collections amounted to Rs 30 crore in the opening weekend while the rest came from overseas business. This could be equivalent to Rs 32.3 crore nett worldwide, as per trade estimates. “Kochadaiiyaan opening weekend – Worldwide: Rs 42 cr gross. All 6 languages. 2D and 3D. SUPERB,” film critic and trade analyst Taran Adarsh tweeted.

However, first Monday collections dipped considerably to Rs 5 crore in the while the movie managed to earn Rs 4.5 crore at home on the first Tuesday. Although overseas numbers for these two days are not available yet, industry insiders put gross worldwide collections at Rs 50 crore-plus just after five days. “Kochadaiiyaan… has fared exceptionally well in in particular. Is good in the , the UK & ,” Adarsh tweeted about weekday business. With earnings from rights in multiple languages, audio and music rights, brand tie-ups and other income, the film is well on its way to cross Rs 100 in revenues.

This period drama-cum-futuristic fantasy was off to a stupendous start on Friday (May 23), hitting 3,000-plus theatres worldwide. Eros International released the film in 2D and 3D, in 6 languages, and directly undertook the distribution in Tamil Nadu. The flick saw nearly 95% occupancy in where Rajinikanth has a huge fan following. In contrast, the Telugu version saw a lacklustre beginning at home, grossing only Rs 5 crore in the first 3 days. Business slumped in the as well and the Rajini-starrer significantly lagged behind with Rs 4 crore gross during the first three days. The budget of this movie is Rs 125 crore across all languages.

In case you are not aware of its many merits, let us quickly run you through some landmarks. Directed by (Rajini’s daughter) and written by K.S. Ravikumar, Kochadaiiyaan is India’s first 3D film to use techniques – a technology that makes animation as lifelike as possible (you had a good dose of it in James Cameron’s ). The film has Rajinikanth in triple roles – Kochadaiiyaan, Rana and Sena. , , and did pretty well in other key roles in the film. The music has been composed by and cinematography has been handled by Padmesh.

For the thinking audience, however, the storyline has nothing new. It features the same old conflict between the good and the evil but also comes with some surprising twists and moral dilemmas. Yet, at the end, it tires more than illuminates, failing to take you past the visual dazzle. As film critic Shubhra Gupta so rightly notes, “Even Rajini, the one and the only, can’t pick up a film and run with it, if it has the oldest, creakiest plots cobbled together from many books. But the best tech specs in the world can’t rescue a sinking story… After a point, it all becomes too much sound and fury and not much else. One Rajini flipping cigarettes is much more fun than two Rajinis flinging swords in never never land.”
Advertisement 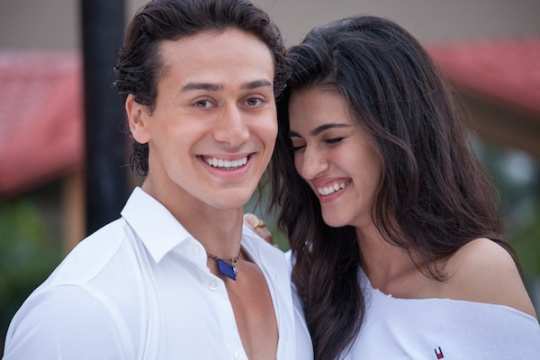 Produced by and directed by , (a remake of the 1983 movie Hero) is the other release of the week and has performed better than Kochadaiiyaan in the northern circuits. The action-romance flick has seen an influx of debut actors (a total of 21) including (Jackie’s son) and in the lead roles

“Heropanti passes the crucial ‘Monday test.’ Fri 6.63 cr, Sat 6.42 cr, Sun 8.28 cr, Mon 4.26 cr. Total: Rs 25.59 cr nett. India biz,” tweeted Adarsh while trade figure puts the domestic collections at Rs 24.96 crore. stood at Rs 2.13 crore gross after Day 4. The masala entertainer was released in 2,100 screens across India and its debut day earning is the fifth highest opening day collection for movies released in 2014, behind , , and . Earnings on Monday fell less than 40% than what it was on Friday and the strong growth continued even on Day 5 (Tuesday, May 27) when it collected around Rs 4 crore at home.

This one is a medium-budget movie and cost around Rs 26 crore including promotion. So we can safely assume that it is set to be a hit without much fuss. But all these good numbers do not essentially spell quality.

While Kriti Sanon () looks quite striking in a below-par storyline featuring love-and-marriage adventures and misadventures in Jattland, Tiger Shroff () looks quite inane unless he is in the thick of the action, doing some awesome stunts and beating up the goons. Noted film critic Anupama Chopra has given the movie 2 out of 5 stars saying, “Heropanti is comically bad and the disjointed narrative brims with low-IQ, high-testosterone men brandishing weapons. The women are puppets who either simper or scream.”
Advertisement

Quite depressing, if you ask us, but there’s one silver lining. Both movies are raking in the moolah after a long time and that’s what matters in the business of cinema.