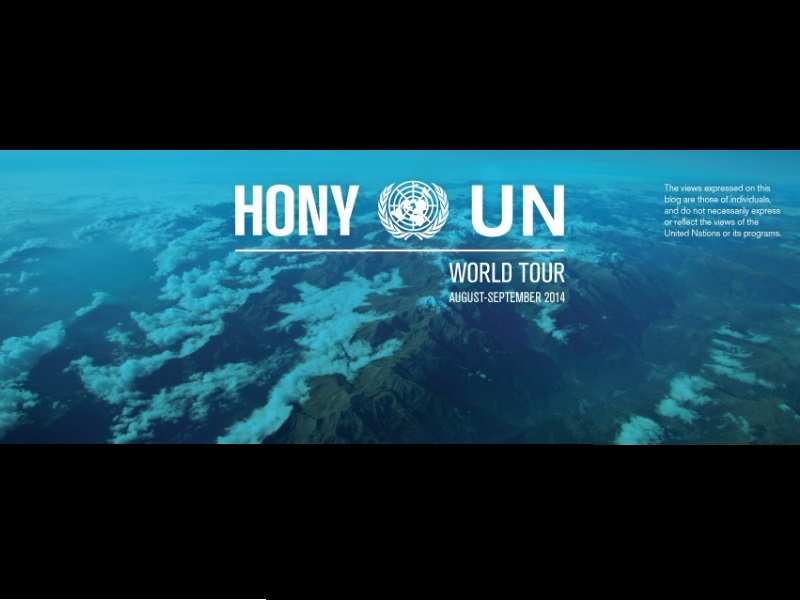 The Facebook page that has been making its members discover various emotions in their hearts has finally come to the majestic and mysterious land of India.

, the man behind the highly successful page, called Humans of New York, is on a world tour in partnership with the United Nations, supported by the Secretary General’s MDG Advocacy Group. Spanning over 25,000 miles and circumnavigating the globe, the tour began on August 7,2014 and is scheduled to last two months.

Advertisement
After visiting Iraq, Jordan, Democratic Republic of Congo, Kenya, Uganda, South Sudan, Ukraine, he has now landed in India and has started his trip from Jammu, the uppermost state of the biggest democracy of the world.

His first picture is of a grandfather, with his grandson, saying, "We're praying for the souls of our ancestors."

We hope that Brandon enjoys his stay in this culturally vast country. Officially, the page has 96,28,812 likes as of now, and are continuously increasing.
Advertisement Image courtesy: Facebook Page