Budget 2015-16: Customising ‘Make in India’ to get International attention 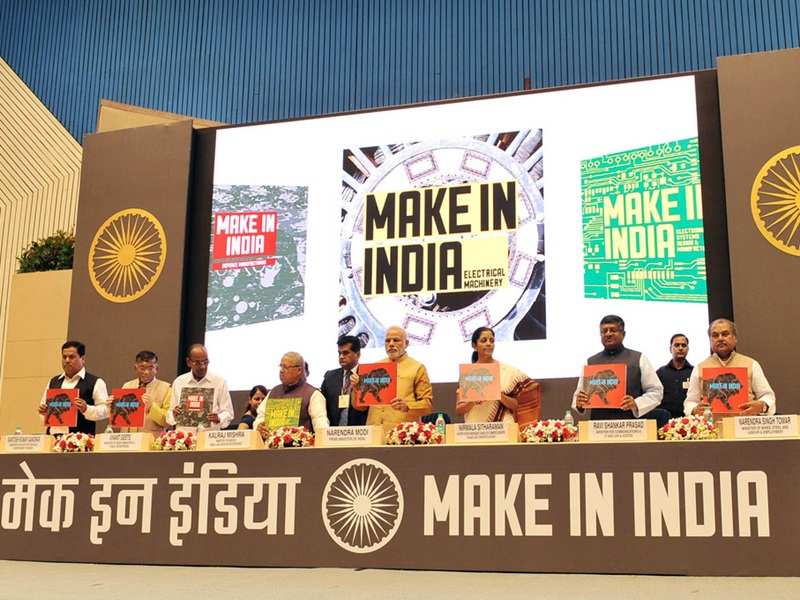 There are a few primary concerns that economists have been raising whenever ‘’ is mentioned. ’s flagship concept, ‘Make in India’ got the business world all excited and anxious about what the next thing would be. Firstly, whom to make (things) for and at what cost? Will India make things for India or for the world? Considering the possibilities of making in India and making for India, in both cases, the differences would be huge.

If we have the liberty of being ‘mathematical’ in our approach, we could start with some assumptions. For India to make things for the country, the demand has to be spurred. Same applies to India making things for the world as well.
Now, considering China was playing the role of the world’s manufacturing backyard till now, it would be difficult for India to simply pick up threads from there and move ahead. Ravi Ramamurti, a professor at the at Northeastern University, Boston, says, if PM Modi wants foreign companies to make in India to serve the world—as China has done so well for two decades—it won’t come easily. To make India an attractive platform for exports, the world’s largest democracy has to become an ‘easier’ and more ‘efficient place’ to do business. Improving upon these aspects would help India gain an edge over US investors by not only attracting them to the country, but also retain their interest and business. Advertisement
There are a few things that the world knows about India way too well. One would be the corruption involving the permission to get things going even before the investment starts trickling in. Red tapism is another rampant issue that needs to be tackled since it has gone too down and deep into India’s psyche.
This means improving the physical infrastructure, improving government services and regulation, and improving power supply. These changes will take time and are partly outside the control of the central government. The budget is not the right vehicle for making most of these changes. “Therefore, I don’t expect the new budget to produce a spike in export-oriented foreign investment,” Ravi Ramamurti asserted.

He further said, “In addition, foreign firms will be looking for the new government to end the controversy surrounding the previous government’s retroactive changes to capital gains taxation on companies like .” Hoping that the global cues on economy will remain upbeat without plunging into dark holes by the time this concept picks up, Make In India has all the chances of serving its purpose for both India and the world.
Advertisement

However, what would be worthy of factoring in are the aspects that can turn into gaping holes with chances of turning the concept upside down.

In the upcoming budget, especially post BJP’s loss in Delhi elections, some things may get most robust shape than anticipated earlier. In a recent survey, about 80% of European and US outsourcing firms ranked India as their number one outsourcing destination. has also said India is the most preferred destination for sourcing softwares. In more ways than one, India has managed to outmanoeuvre all the other countries at this, though there are competitors in China, Mexico, Ireland and Philippines.
Advertisement For this coveted position to thrive and continue, India needs to bear in mind a few things that need immediate attention. Though the budget is one way of getting the interest started, India needs to go a much farther than that to deliver – both on promises within and outside.
Experts feel if Modi wants foreign companies to invest in India to serve the local market he needs to spur demand the growth.

According to Ramamurti, though this is already happening to some extent, the budget could lower personal tax rates and expand spending, especially in the public sector, which is flush with cash than the local private sector. The budget could also signal the government’s resolve to introduce a across to replace the existing mish-mash of state and local taxes.
Advertisement Make In India being the centerpiece of ’s economic strategy, it is rather important to view it as an agenda to change India’s unproductive statism of the last several decades when the country invested on development of new technologies than go into production the whole hog. How are the necessary reforms being implemented? And, how will anything done in this regard change the investor sentiment, especially among the businessmen from the US?

The next few years are crucial for India because the robust Chinese economy is showing signs of slowing down. Will India be able to ride this running horse of an , aggressively than aiming at moderate growth?
Around the same time, there is also a government at the helm of affairs, considered pro-capitalist and hence will encourage investments to keep the country’s economy growing in leaps and bounds than before. But, where will Make in India fit, is literally, a billion dollar question.
(Image: Press Information Bureau) Advertisement