Budget 2016: Here’s what GST will do for the Indian economy 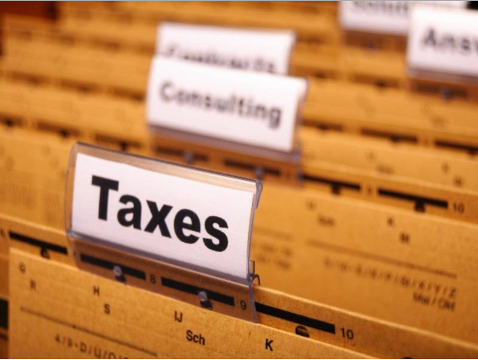 All eyes are on the government when we say taxes. After all, both tax experts and the Indian corporate sector is betting big on the NaMo government to bring in more clarity regarding the Goods and Services Tax (GST). And while everyone has been chanting since the past couple of years, no one has ever really wondered the impact of GST in general. BI India took the pain to understand and figure out what GST would really mean for the Indian economy as a whole.

We have heard this one before. Currently, under the Indian tax structure, a company has to pay multiple taxes in form of excise and service tax to the center and VAT to the state governments respectively. Also, a company has to shell out a lot as a part of different state level taxes apart from the VAT, which results in the tax costs for a business going up by multifold. Advertisement
However, under the GST, the cascading impact of these multiple taxes is expected to be eliminated. This means, under the GST, only a single tax would be levied on all transactions of single value.

“Also, full set-off of tax paid on all procurements is expected to be made available under GST, including the tax paid on interstate procurements. Thus there would be no tax cost in the value chain and the tax burden on the final sale would be borne by the end customer,” said Santosh Dalvi, partner, Indirect Taxes at KPMG India.

At present, there is a silent rate-war going on between the states. The autonomy exercised by the states in deciding certain taxes is a crucial factor in deciding the fate of the economy of the state. Many states attract industries by offering them complete or partial exemptions from the taxes. This is expected to be removed under the GST, thus offering a leveled playing field for the companies.

“Under GST, all these anomalies would be overcome. The ideal GST is expected to have a uniform rate for the same goods across the states, thereby averting the rate war…Also, with the interstate transactions being brought at the same level as that of intrastate transactions, there would be no difference from a tax perspective of buying within state or from outside the state,” added Dalvi.

It is also being expected that under GST, the tax exemptions and incentives would be modified, thus giving a uniformed platform for industries to set up businesses across states. Advertisement
Preps for

With a uniformed tax structure under GST, everyone expects India to climb up the Ease of Doing Business ladder quickly. The reduced tax on the manufacturing and procurements will help reduce the price for exports and make Indian goods more competitive in the world market. “…It will help reduce compliance cost and reduce the time taken at present to refunds. This will thus, have an overall favourable impact for the exporters in terms of working capital and compliance, which could indirectly help in boosting exports,” he noted.

Also, uniformity in tax rates and procedures across the country will give the much needed confidence to foreign firms that are looking at investing in India. Advertisement