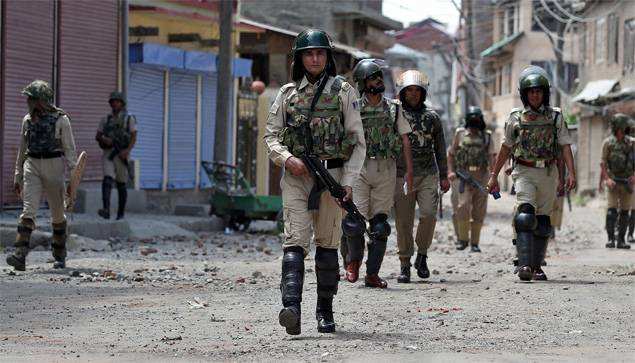 The curfew in Jammu and Kashmir entered the 46 th day and normalcy has not returned in the valley. One of many things that got badly affected within these 46 days was businesses.

Local business was badly hit in strife-torn state and the losses touched more than Rs 6,000 crore in 45 days of strife.

Mohd Yasin Khan, president of Kashmir Traders and Manufacturers Federation, told ET the sector is bleeding by approximately Rs 135 crore every day.
Advertisement “In the 46 days of curfew it would be upwards of Rs 6,000 crore. We're facing the worst economic crisis ever, but then this is happening again and again. We need a permanent solution to it and it has to be political. Losing our dear ones is a far greater tragedy for us. That has to stop," Khan told ET.

This is the tourist season for Jammu and Kashmir but the locals haven’t been able to make anything out of it as the valley has come to a halt.

Hotels are empty and there are no takers for houseboats or shikara rides.

Advertisement
"Seventy per cent of apples that India gets are from Kashmir. Imagine the situation in the orchards. Farmers have sent their labourers home, but what do they do in places like Sopore, Tarzoo and Anantnag, where the situation is worse?" a businessman told ET.

The reality is grim on the ground as locals tell their sufferings.

Abdul Rouf Bhat, who sells packaged drinking water, told ET his firm Pagent Industries used to sell 1,500 cases of his product in the days just before July 8, when the killing of Hizb terrorist Burhan Wani triggered a chain of events that has now led to 67 deaths and 46 days of curfew.
Advertisement "Now I sell 50," he rued. Bhat said he has been paying only 50% wages to workers. "But how long can I continue? Even that will have to stop. They know this. They also know I am helpless."