Can Tesla Motors Replicate Its Success Story In India? 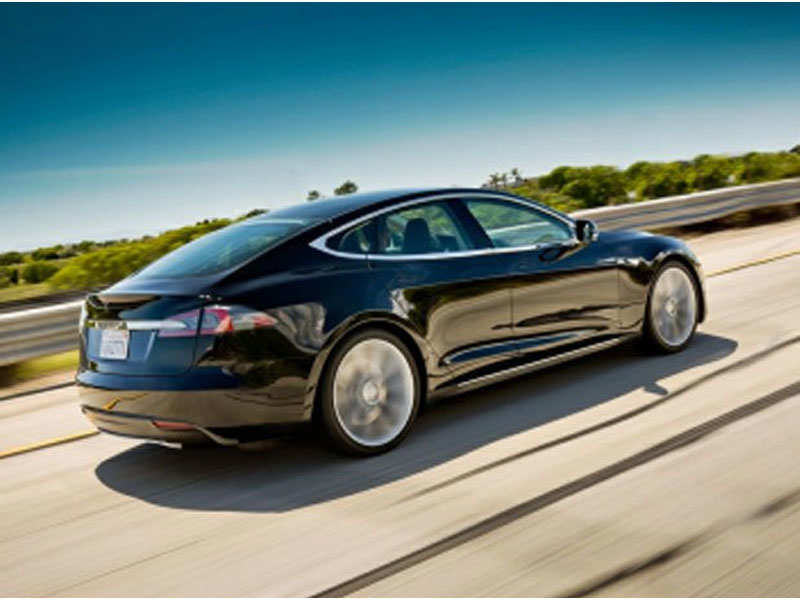 If you have followed tech-related news over the past few years, you must have come across a bunch of Indian names calling the shots in some of the most enviable companies across the globe. Satya Nadella is the CEO of Microsoft; Rajeev Suri is playing the same role in Nokia now and Google has a good number of them in prominent positions. Sundar Picha, who handled Google Chrome, replaced Andy Rubin and is now overseeing Android; Amit Singhal revolutionised Google’s search algorithms and Vic Gundotra, who revitalised Google+ from the scratch, only recently quit his job after eight years in the company. Two other Indian names are, perhaps, not as famous as the others we have just mentioned. But they are also creating waves for the brand they are working with. Deepak Ahuja and Jay Vijayan work at Tesla Motors, a company headed by Elon Musk that designs and manufactures premium electric cars. Ahuja is the chief financial officer (CFO) at Tesla while Vijayan is the chief information officer (CIO).

According to the latest rumour concerning Tesla, the company wants to launch its products in Asian markets such as . But it is not exactly hearsay. In an earlier statement, Ahuja said, “ is a huge potential market where we need to be. I think sometime in 2015 seems to make sense to enter , but it’s difficult to make an official announcement.”

What sets Tesla apart from other electric car brands is that it has tasted success in a time when other green power brands have failed. In 2010, Tesla went public and in doing so, became one of the most successful companies when it came to rising money. Following its success in Europe and the , the next market Musk targeted was . In 2010, Tesla commenced operations in , in the town of , and subsequently spread to . The following year, was the chosen destination and this time, consumers had access to a design studio where they could design their cars on a large touchscreen. Finally, in 2014, Tesla opened its business in where the brand is trying hard to sell its Model S Sedan and the Model X SUV.

By this natural progression, it is evident that the next target on the Tesla map could be . It is a huge market and not tapping it would be a huge mistake.

is a huge SUV market when it comes to luxury car brands. While Tesla’s vision does not position its cars as pure luxury models, the game changes in . The price of Model S cars in will be equal, if not higher, than the luxury cars most upper class Indians buy. However, the good news for Tesla is, Indian buyers take brands very seriously. The success of BMW and Mercedes Benz in the luxury car segment is a good example. These companies did well in in spite of steep price tags.

While Tesla cars may attract upper class buyers in , the ground reality in the country is that these are people who already own a number of cars. For them, getting a Tesla sedan or SUV will be like ‘checking out’ the latest gadget. Elon Musk wants to make Tesla more affordable to the average car owner, but that dream has not yet come true in the . Moreover, Tesla cars demand a stable infrastructure that very few Indian metros can offer. The cost to install charging stations at critical places must be justified by sales, but with a high luxury price tag for an electric car, that seems like a tough goal, even for a brand run by the genius that is Elon Musk.

Another challenge for Tesla Motors in will be getting the necessary equipment. Unlike many other car brands, Tesla operates as an original equipment manufacturer (OEM). It means in case of any defect, the parts needed to fix a car will have to be acquired from a Tesla-run factory. Running such a factory in , a country with stricter labour laws compared to the , will not be easy, especially with all the bureaucratic red tape existing here. However, the biggest issue for Tesla will be tax exemptions. In the , the company receives huge tax breaks for running an environment-friendly car. But there are no such provisions yet in , at least not in the scale that will suit Tesla’s needs. This is precisely why Tesla had to close its operations.

One of the factors that may favour Tesla is the fact is expecting huge changes in the political and economic fronts. And BJP, the party that is expected (according to polls and survey) to win the ongoing 2014 general elections, is known to be quite free-market friendly. If Tesla gets the nod from a friendly state government and starts its operations in a special economic zone (SEZ), it can get tax breaks and manufacturing a slightly more affordable car may actually become feasible. But till then, it is mere conjecture about how the brand will perform in this highly entropic Indian market.