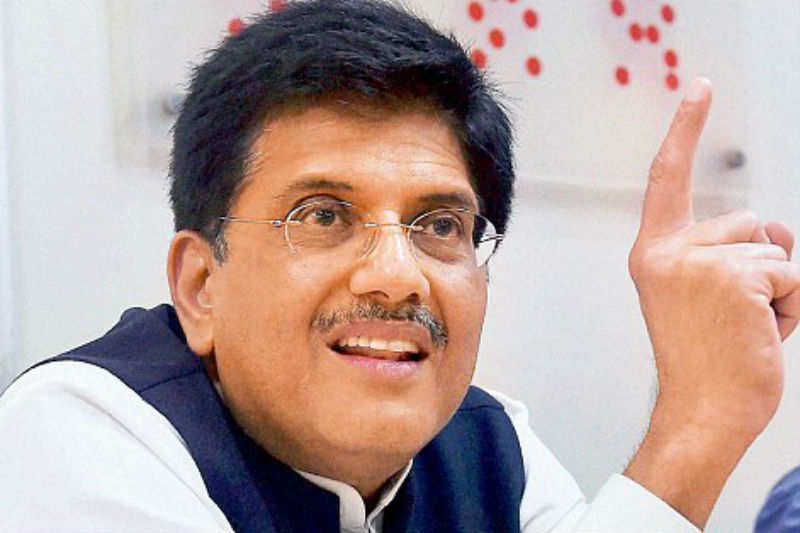 The Center expects all states to affirm the Ujwal DISCOMs Assurance Yojana (UDAY) scheme by one month from now, paving the path for them to issue bonds by March 2017 to handle their mountings debts, Power Minister said on Saturday.
Advertisement

" Goyal expressed positiveness that all states would come overboard by end of November, 2016 so that they can complete the formalities of signing the MoUs by December this year and complete the process of issuing bonds by March, 2017," Power Ministry said in a release.

Under the UDAY so far 17 states/UTs signed the MoU with Maharashtra being the latest.

The consolidated discom debt, including focal PSU duty that would be rebuilt in regard of these states is around Rs 2.57 lakh crore, which is around 68 for each penny of the aggregate remarkable as on September 30, 2015.

The Minister communicated that 100 per cent Rural Electrification, including villages in LWE (Left Wing Extremism) Districts and dense forests, would be accomplished by May 1, 2017, one year in front of timetable as set by Prime Minister .

Advertisement
He informed that Rural Electrification Corporation is in the process of drawing up a scheme for extending long-term basis soft loans to states at a flat rate to electrify all households for both APL and BPL population.

"A National Electricity Plan has been prepared to forecast the actual demand of electricity in real time and to attract new investments in the sector to promote new power generation capacity," Goyal said.

Talking about a new initiative, he said that government would aid the setting up of small solar units by farmers, which would in turn power agricultural pump sets.

Informing about developments in the mining sector, Mines Secretary Balvinder Kumar said Ministry has asked , , Haryana, Kerala and Goyal to modify their rules to enable auctioning of minor mineral blocks.
NewsletterSIMPLY PUT - where we join the dots to inform and inspire you. Sign up for a weekly brief collating many news items into one untangled thought delivered straight to your mailbox.
CAPTCHA: