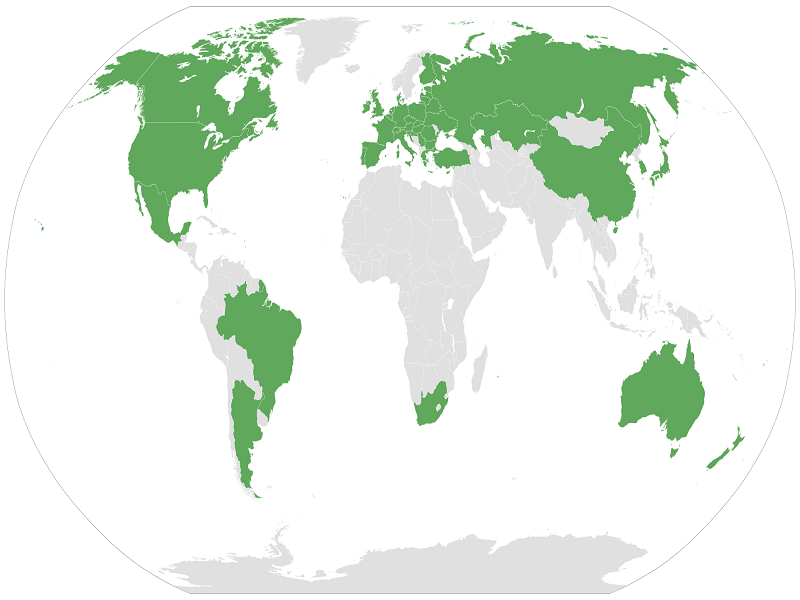 India has applied for entry into the elite , and has also got the support of Swiss President Johann Schneider-Ammann, who has announced that his country will extend support to New Delhi's membership in the 48-member group after holding comprehensive talks with PM Narendra Modi.

To make chances of entry into the esteemed club smoother, Modi government has also restored an organisation which would be the nodal agency for nuclear cooperation with smaller countries. However, even after all these efforts, nuclear experts think that China will not let India enter the club easily.

Leading American think tanks, like Stimson Center, United States Institute of Peace and School of Advanced International Studies have opined that India's NSG application, which is due for review on June 9 at the NSG meeting, will be facing a lot of objections from China, who wants to crush India’s dreams of becoming an NSG member.
Advertisement

China feels that if the NSG countries make an exception for India to enter the club, Pakistan should not be left behind, even though Islamabad was caught selling nuclear weapons secrets to Libya, because of which it had to face global embarrassment.

"Pakistan and China have played their cards really well this time around. Pakistan has an application for NSG membership and China can, therefore, argue what's good for the goose is good for the gander," said Micheal Krepon, a nuclear proliferation expert and co-founder of the Stimson Center.

Experts expect China to stress on Pakistan being given the same exceptions as India, the reason being dependency of Pakistan’s nuclear program on Chinese supplies.
Advertisement

Beijing has been continuously assisting Pakistan for its civil and military nuclear programme, thereby violating the obligations and commitments that it had made as an NSG member.

"It would be very surprising if China lets India in without an equal concession for Pakistan," said Colin Cookman, program officer at the United States Institute of Peace.

If India enters the club, it would also shake China's position in the strategic battle which is being fought in Asia. However, it would cover it up saying that their opposition is just out of a sense of international equality.
Advertisement

However, China is not the only country which could be putting roadblocks in India’s journey to NSG. Several would shy away from supporting India because of its refusal to sign the CTBT and the Fissile Material Cut-Off Treaty, and the fact that the promise of nuclear reactor construction contracts with India never materialised.

The club works on a consensus basis, which needs every country to at least not object to a new membership, if not support it.