Cities Of The Future: 100 Urban Pockets To Earmark Modi’s Development Roadmap For India 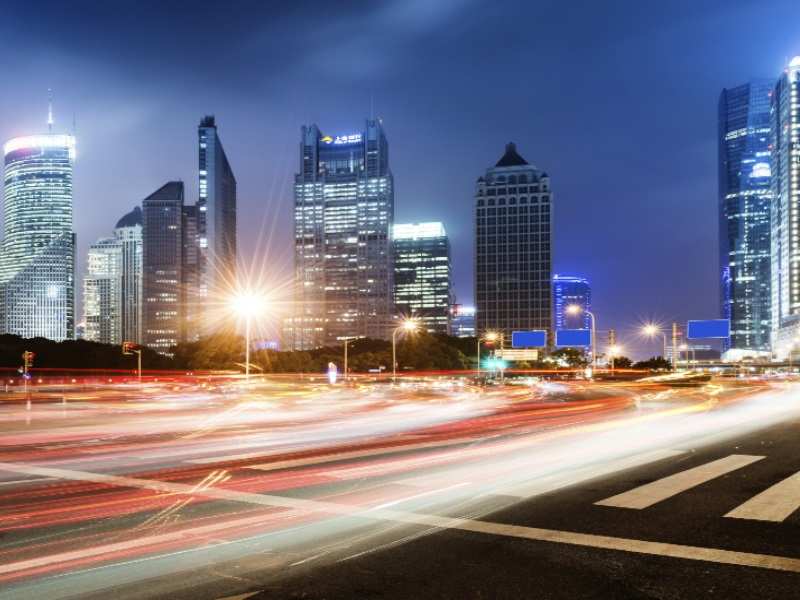 The new government headed by Prime Minister Narendra Modi holds the promise of being ‘futuristic’ and has often spoken about the ‘modern’ India that needs to be built while remaining firmly grounded in the ‘Indian-ness’ of the country. Pluralistic as it may be, India sure needs a new perspective, new approach and a new mentor to surge ahead, especially during the times when the global map is rapidly changing.

Modi has created a picture of modern India, right from the run-up to the elections. He spoke of developing 100 cities, which could even be twin cities and satellite towns, to help create a thriving environment for increased productivity.

And why not! As per the 2011 census, a good 4% people have moved into the urban areas (and the number is growing), adding 32% population to urban spaces, as against 28% previously. By 2020, 35% of the Indian population would be living in urban areas, with immigration rate (from rural areas) scaling up more rapidly than before.

This means urban areas, as these exist now, will not be able to hold the floating population, turning the entire situation into a tough challenge. Moreover, it won’t be the population that will suffer alone. Infrastructure is bound to crumble and real estate prices will skyrocket, thanks to the rising housing demand that does not match the supply.

According to a report published by McKinsey, in the next two decades, about 300 million people from all possible economic backgrounds will move into nearest/farther urban areas in search of livelihood. Plus, about 65% of the Indian population today is below 35 years of age. Keeping the lifespan and productivity in the perspective, India will have to get ready for the generations ahead and meet their demands of excellent living conditions.

Modern cities have to be built, without a doubt. With housing posing the most concrete and important demand, India will have to focus on the asset creation and distribution of opportunities for both rural and urban areas. However, will this give rise to sustainable and innovative methods of house construction, addressing the deep concern for the environment that would perhaps suffer by that time? Union Urban Development Minister Venkaiah Naidu, one of the senior political minds, revealed in the recent past the basic design of the model cities that would be built. He said that twin cities like Hyderabad-Secunderabad would be a good prototype for their ‘futuristic’ cities.

And that brings us to the most crucial factor – that of land acquisition for housing projects, of related amenities for that size of population to be accommodated, creating infrastructure and opportunities to sustain the growth and keep it grounded to those cities – all these and much more.

Developing anything related to infrastructure, be it housing or workplaces, requires land. Modi’s approach to land acquisition has often been criticised as he believes that a large number of farmers will have to look at avenues beyond agriculture. He is a firm believer of systems, such as bullet trains and faster means of transportation with minimum damage to the environment, but this also gives rise to huge tracts of land being used for those initiatives. And the shrinking land will always pose a challenge to the poverty-stricken India where people die of hunger.

It means the Green Revolution, which catapulted India’s position and production post-Independence, may have to take a backseat for now as land won’t be available for agriculture.

Creation of cities will also throw up the crucial question of uncontrolled real estate prices. Earlier, the declaration of Tier II cities by the UPA government had witnessed an artificial surge in land prices. Therefore, with the declaration of 100 futuristic cities, the BJP government will have to ensure that the real estate prices are kept in check by the authorities, without allowing the private players to dictate terms. In spite of Modi’s proximity to entrepreneurs, mismanagement in terms of land pricing can do the new government in.

The middle class will have to be the focus of developmental activities and low-cost housing must become a viable option for people. Eco-friendly houses will have to be a norm to sustain the development, without contributing to the global warming, since India’s role in the international arena is rapidly gaining importance and closely watched by the so-called super powers.

Traffic management is a concept that India needs to approach scientifically, rather than haphazardly, as it has done so far. Planned cities can also be good experiment labs for better traffic management solutions.

The labour industry, which has so far remained exploited (by the real estate community), will have to be given due prominence – so that slums are not created alongside the gated villas.

Finally, the futuristic cities will also have to be equal-opportunity spaces for communities and must not pave the way for discrimination. This, alone, can ensure that the cities will be free from rising crime rates and unsafe living conditions.