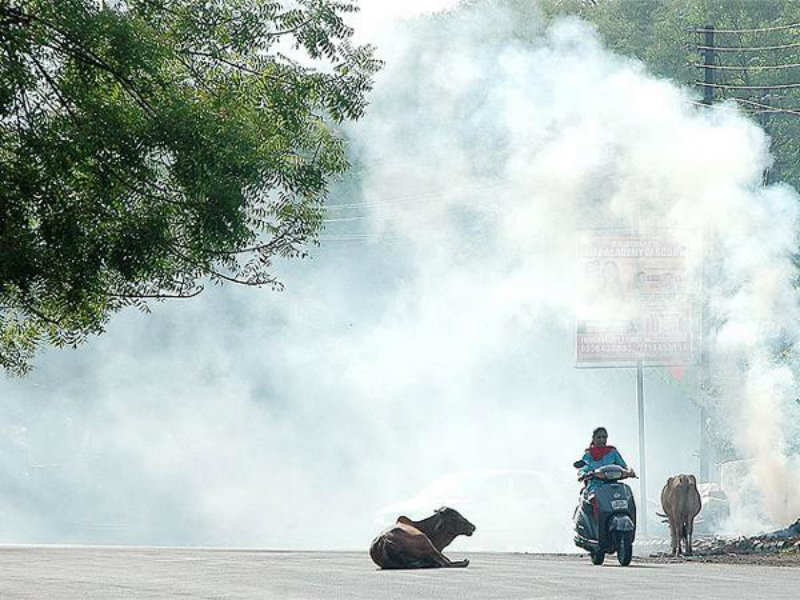 We are aware that Delhi is the world's most polluted city. But what are the reasons behind it? Scientists know the answer and have found that the city suffering is due to toxic blend of geography, rapid urbanization, poor energy sources and unfavourable weather conditions.

According to a team of researchers led by the University of Surrey in UK, 's , weather, energy consumption culture, and growing urban population combines to elevate concentrations of air pollutants, including ultra-fine particles, the most harmful to human health.

is one of the top ten health risks faced by human beings globally.
Advertisement Delhi has the dubious accolade of being regularly cited as the most polluted city in the world, with air pollution causing thousands of excess deaths in a year in this growing megacity, said Dr Prashant Kumar of the University of Surrey.

Not only that Delhi has also been ranked as the most polluted city in the world by the World Health Organisation (WHO) in a report released in May last year.

Delhi is one of the largest population centres in the world. Classed as the world's fifth 'megacity', it has a population of 25.8 million, which continues to grow.

As it is a landlocked megacity, Delhi has limited avenues for flushing polluted air out of the city. Coastal megacities such as Mumbai have at least a chance to 'replace' polluted air with relatively unpolluted sea breezes, whereas Delhi's surrounding regions are sometimes even more polluted than the city.

For example, most of the brick kilns used for making bricks are not located in the city, but in predominantly upwind surrounding industrial areas, researchers said.
Advertisement These outside pollutants can be attributed to use of low-quality fuels such as raw wood, agricultural and plastic waste in industrial settings, cow dung for cooking stoves and widespread use of diesel generators due to unreliable infrastructure.