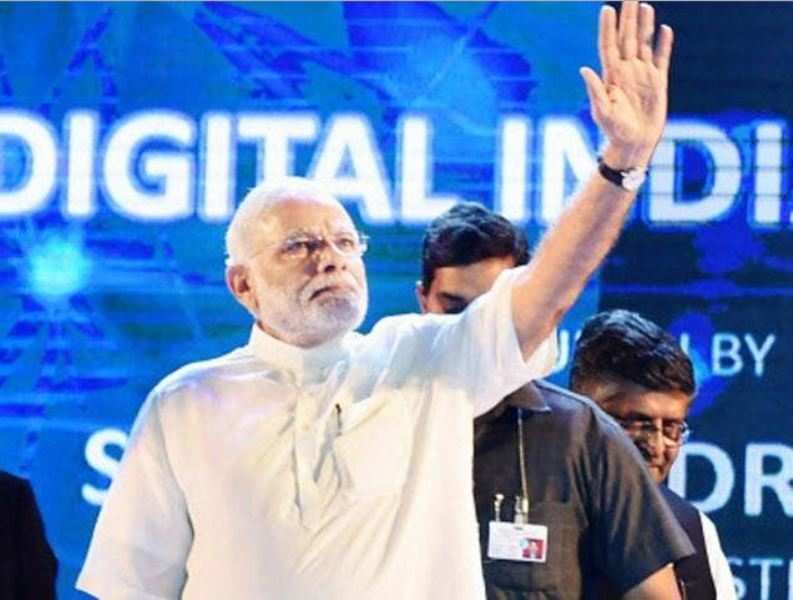 With Prime Minister slated to visit the Mecca of technology, Silicon Valley, at the end of the month, Digital India is back in news. But while PM Modi is all set to woo technology giants such as , , and among others, here are five concerns that he needs to address before he preps up for yet another chalk talk on September 26 and 27.

The first and foremost requisite for Digital India is the internet penetration. At present, this seems to be a challenge as there is a major spectrum crunch in the country. The rate at which call drops have been registered is disturbing and at this rate, providing seamless high-speed internet seems to be a distant dream. Telecos too have been complaining about tower shortages and spectrum crunch. So, unless this issue is not addressed, it will continue to be a major setback for PM Modi’s dream of digitally empowering every Indian.
Advertisement

Digital India has attracted generous amount of funds-- Rs4.5 lakh crore being pledged by the companies across sector. However, corruption and lackadaisical approach is seen as a trademark for the Indian bureaucracy. While, we all know that the initiative is being monitored by a committee under the chairmanship of Prime Minister Modi, however, it would still be a tedious task to execute a massive project such as this efficiently.

Efficient execution of the plan
Advertisement

Digital India means connecting every Indian via internet. The government needs to take care of the minutest details of the initiative. There has to seamless coordination between different departments in order to successfully implement the project, which is yet another humongous task!

The US academicians who have urged Silicon Valley leaders to be careful with PM Modi’s pitch, have a valid point to make. With information available online, how does the government ensure that it is adequately protected from hacks and security threats? This is especially a major area of concern as cyber experts expect wars to be cyber wars, which makes an average Indian citizen all the more vulnerable.
Advertisement

“We are concerned that the project’s potential for increased transparency in bureaucratic dealings with people is threatened by its lack of safeguards about privacy of information, and thus its potential for abuse,” they said in their open letter to the technology firms. Besides, the academicians have also raised questions about one’s freedom of speech.

“As it stands, “Digital India” seems to ignore key questions raised in India by critics concerned about the collection of personal information and the near certainty that such digital systems will be used to enhance surveillance and repress the constitutionally- protected rights of citizens. These issues are being discussed energetically in public in India and abroad. Those who live and work in Silicon Valley have a particular responsibility to demand that the government of India factor these critical concerns into its planning for digital futures,” they added.

Estimated timeline of the project
Advertisement

Every project should have a timeline. But the point here is what is the timeline for Digital India, especially since it is a massive project closely associated with PM Modi’s other ambitious projects such as Smart Cities and Make in India. What is the deadline for the project? By when can we expect Digital India to be fully implemented in the country? These are just a few simple questions that we would like our Prime Minister Modi to answer before his high-tea with the tech leaders of the world.
NewsletterSIMPLY PUT - where we join the dots to inform and inspire you. Sign up for a weekly brief collating many news items into one untangled thought delivered straight to your mailbox.
CAPTCHA: