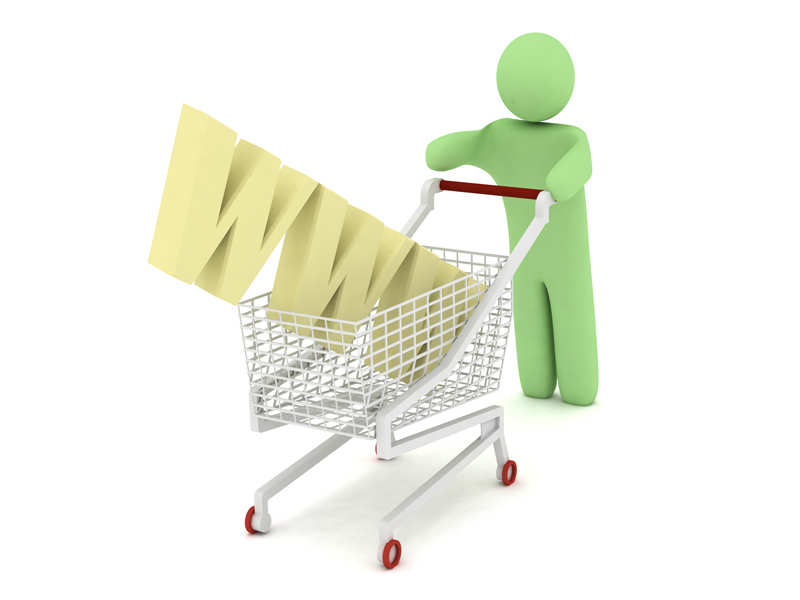 India’s doesn’t look rosy at the moment, but the new avenues opening up are making the overall situation more promising than before. For instance, Internet penetration is on the rise across the country and that must be good news for e-commerce investors.

As the world’s second largest populated country, India is on its way to get past the US in terms of Internet penetration, claims a study. Now, this could be an interesting opportunity for () in e-commerce.

Advertisement
Consulting firm McKinsey & Company estimates there will be 500 million Internet users in India by the year 2015. In whatever way one may like to interpret it, this data would spell OPPORTUNITY for e-commerce, its innovators and investors.

Just like other countries, e-commerce in India has been through ups and downs. In the early 21st century, the country had reached the pinnacle of the dotcom boom and then fell prey to the bubble burst. The rise and fall of dotcoms also saw the sector moving towards stabilisation, treading slowly and steadily but with definite steps.

The country has been a hotbed of IT innovations while some of the super young brains with bright entrepreneurial streak are steering the course of e-commerce in India. According to CRISIL Research, a unit of the Mumbai-based ratings firm, , the number of e-commerce companies in India will increase with their revenues tripling over the next three years.

Advertisement
The prediction is based on the fact that revenues of e-commerce firms grew 56% annually between FY2008 and FY2013. However, India’s appetite for digital business is growing consistently and the testimony lies in the fact that the country embracing Internet-based commerce is estimated to have gone up by a good 30% in 2014, from the $12.6 billion market in the previous year.

These projections have attracted a lot of attention from e-commerce investors, especially from those outside India. All over the world, countries are looking at opportunities to bring in some bright spots through market-based economies. While the socio-political situation in East looks volatile, India makes for a very feasible investment destination with its majority being young population who have access to high levels of disposable income.

With more investors calling for FDI relaxation in the e-commerce sector, Indian authorities had recently initiated a discussion to understand the impact of foreign participation in this space. FDI in e-commerce was broached by big players such as and Wal-Mart.

Advertisement
When the discussion is brought to the table, the authorities will consider stakeholders’ views regarding the advantages and the disadvantages of having FDI in e-com space. Currently, India has not created any avenue for foreign e-commerce companies to do business in the country. The only form of FDI allowed is in the physical retail space. When India brought in sweeping changes in the retail space and allowed FDI investors in supermarkets, online retailers were left out.

Having said that, foreign companies can engage in business-to-business (B2B) or wholesale e-commerce in India. That is an area where foreign players can enter with ease.

Younger consumers make for a large chunk of e-commerce drivers in a country, set to become world’s No 1 in terms of population. Liberal economic reforms and consistent growth in (although not that impressive in terms of numbers), along with its ‘IT Superpower’ status, have enabled India’s youth to gain access to large disposable incomes.

Advertisement
It is one prime factor that has helped e-commerce start-ups (with solid business plans and growth propositions) turn into big success stories. The likes of Flipkart and Snapdeal have become synonymous with India’s growing penchant for digital business models.

This apart, mobiles happen to be another propeller of the Indian success in this sector. A large urban population and a sizeable chunk of the rural populace have access to mobiles across the price range and don’t mind spending a good part of their income on buying these devices. As a result, almost every e-commerce company in India runs a mobile platform now and has created specific mobile apps to ensure user-friendly interface and hassle-free transactions.

If FDI in e-commerce is authorised in India, it can help maximise the potential of the sector and thus drive economic growth. What will help the sector reach its full potential is still a matter of debate. But when foreign direct are allowed, this business sector will certainly throw up more opportunities for newer ideas, which can blossom into better deals for end-users.

Next StoryMcDonald's Will Give You Free Coffee For The Next 2 Weeks
Advertisement
Popular on BI
1
Microsoft board members opened investigation into Bill Gates after a staffer said the pair had engaged in a sexual relationship, report says
2
Astonishing footage filmed by a plane passenger shows Hamas rockets being intercepted mid-air by Israel's Iron Dome
3
Bill Gates crafted a public image as a likable, nerdy do-gooder. Office affairs, 'uncomfortable' workplace behavior, and Epstein ties reveal cracks in his facade.
Latest Stories
Trending News
Buying Guides
Advertisement
Advertisement
McDonald's Will Give You Free Coffee For The Next 2 Weeks
Here's How To Explain An Employment Gap On Your Resume
7 Brilliant Strategies Marissa Mayer Used To Shake Up Yahoo
Popular Categories
Trending Right Now