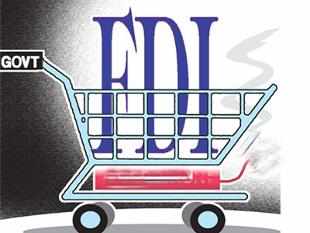 Ecommerce companies such as , Jabong, Myntra and Amazon-owned Junglee have come under the radar of Enforcement Directorate. The Delhi High Court ordered the ED to find out whether these have flouted the country's foreign direct investment () rules by deploying overseas funds.

The court was hearing a case filed against the government by shoe shop owners on the grounds that India bars overseas capital in the sector and that such investments were also in breach of the Management Act.

"The court has ordered investigation of 21 companies and asked the government of India to file a report and counter affidavit" by December 21, Rishi Agrawala, counsel for the All India Footwear Manufacturers & Retailers Association that had petitioned the court in August, told ET.
Advertisement India bars FDI in business-to-consumer (B2C), multi-brand ecommerce but allows 100% FDI in the business-to-business (B2B) segment. Earlier this month, it allowed single-brand retailers to sell online provided they already have permission under that category.

Companies such as Snapdeal, and India say they operate marketplaces, where vendors sell to customers, rather than retailing directly to buyers. Amazon has consistently said that it operates within the law in all the markets it is present in.

A Snapdeal spokesperson said it provides a technology platform that connects sellers to their buyers and that its activities are in compliance with the laws of the land.

Advertisement
Jabong said it couldn't comment on specifics as it didn't have a copy of the petition. Interim CEO Nils Chrestin also said Jabong hadn't violated any aspect of the FDI policy and wasn't under investigation by the ED. Responses were still awaited from other companies mentioned in the petition as of press time.

Ecommerce companies have attracted billions of dollars of , which amounts to "circumventing" FDI regulations, brickand-mortar retailers have said. Such companies call themselves marketplaces but indulge in actual retailing, they allege.

Over the past few years, brick-and mortar retailers have raised their pitch against ecommerce companies and demanded a level-playing field from the government. They have said that ecommerce rivals are luring consumers with heavy discounts funded by overseas investments. This has come about because of a simplistic FDI policy without segregation by brands and channels, they said.
Advertisement The footwear association has alleged "rampant illegalities" by ecommerce companies in "complete violation" of FEMA and FDI rules.

These actions are "actionable" under money laundering rules, it said. "These companies are evading the law by creating a complex and convoluted business structure by creating the facade of a 'marketplace' model," the footwear retailers said in the petition.

The top ecommerce contenders have received substantial money from overseas in recent times as investors seek to get in on the ground floor. In July, Flipkart raised about $700 million from investors including Tiger Global and Steadview Capital, reportedly valuing the country's largest ecommerce company at $15 billion. In August, Snapdeal raised $500 million from , Alibaba Group and largest stakeholder , valuing the company at an estimated $4-4.5 billion.

The Delhi High Court has previously been approached on the same issue. The Retailers Association of India (RAI) filed a writ petition against the government in May asking for a level-playing field in terms of foreign investment in relation to ecommerce companies.
Advertisement The court converted the petition into a representation on May 21 and directed the association to discuss the matter with the government, failing which it could approach the court again in four months.