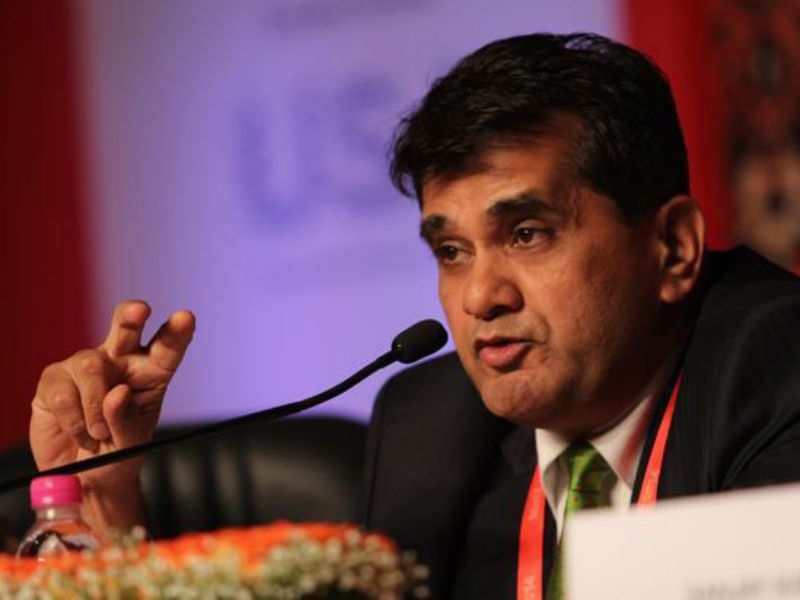 Small retailers must grasp technology and alongside brick and mortar stores, CEO said, while calling for more liberalization with the goal that startups can profit by foreign venture.

&ldquo;Ecommerce in India is a $25 billion market right now&hellip; I can say with confidence it will become $300 billion by 2025,&rdquo; Kant said at the India Economic Summit, organised by the World Economic Forum and the Confederation of Indian Industry.

Ecommerce can't be halted and is just going to develop more grounded, he said. Favoring liberalization of the economy, Kant said that startups can profit by foreign direct investment inflows.
He said that startups do not need any protectionist policies and since the government has opened up almost every sector in the last two years it cannot backtrack now.

&ldquo;Indian startups have the ability to take over the Amazons of the world through their understanding of the Indian market,&rdquo; Kant said.

Kant is heading a committee that is reviewing ecommerce rules. He likewise said that technology will need to change producing from a dark, filthy and unsafe action to something more impressive.
&ldquo;It may lead to some loss of jobs of a particular kind but we have to therefore invest in skilling people accordingly,&rdquo; Kant said. On whether the state can stay out of the process of digitization and ecommerce, Kant said that government has to spearhead change for India&rsquo;s transformation into a cashless society.

&ldquo;By 2025 every person will become a walking ATM&hellip; Indians are moving to , use of biometrics at a very fast pace,&rdquo; Kant said. Talking about the Chinese model of growth, the Niti Aayog CEO said India cannot imitate its neighbor&rsquo;s policies but it must tap into the huge market potential of the country.
Add Comment()
Comments ()