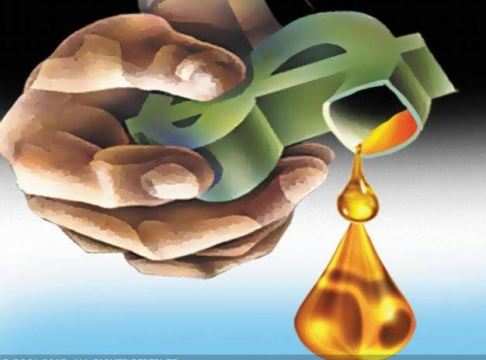 Chief Economic Advisor, Arvind Subramanian, has tabled the Economic Survey ahead of the Union Budget 2016. And it seems to be realistic, almost conservative at the moment. Subramanian has predicted 7%-7.5% GDP growth for the coming fiscal year FY17, down from an estimate f 8-8.5% he had made for the previous year. While the estimate seems to pretty good considering the current shaky global economic scenario, the government’s forecast could come under a challenge due to many factors.

The volatility in the global economy has definitely not impacted India much, however, make no mistake, the crisis is only expected to spread like a pandemic. And the economies are more closely associated with each other than they were earlier. So, despite a strong domestic demand, India needs to brace up for external factors that could start denting its growth path forward.

The crude oil crisis that has resulted in the oil stocks across the globe to reach the lowest is expected to continue. China’s economy is expected to slip into a recession and this could not just impact the Western economies, but also the Asian economies, especially India since the country’s reliance on China is pretty high. And it may take a while for PM Modi’s Make in India initiative to strengthen itself, given the several large infrastructure projects that have been stuck mostly due to lack of any investments. Besides, the mother economy, yes we are talking about the US, doesn’t look bright too, with experts expecting it to slip into a recession as soon as the next quarter.

This comes down to a direct effect on the export sector. The Modi government has predicted the exports to remain weak before picking up in FY17 in the Economic Survey 2015-16. However, the growth of exports sector relies on the world economies and while PM Modi may boast of India not being impacted by the global crisis, the export sector says otherwise. Exports have been down by 15% in December 2015.

The only consolation here is the steep fall in rupee value, which if continues to depreciate, threatens to shoot up our import bills. And India largely being an import driven economy, will be under huge stress to manage its ballooning current account deficit, which in turn may widen the fiscal deficit, much to the dismay of the government.

Nevertheless, it looks sunny for the economy domestically as factors such as monsoon are expected to be normal, which means that the food inflation will remain tamed. And if these factors favour India, there could be some room for the RBI to cut rates, which in turn could be the much-needed signal for the bereaved banks to lower their commercial lending rates,in turn detangling the crucial investments for the stuck infrastructure projects, key to any economic development of the country.

Next StoryEconomic Survey 2016: Here's what India needs
Popular on BI
1
How to apply for RIL rights issue shares
2
Oxford scientists working on a coronavirus vaccine say there is now only a 50% chance of success because the number of UK cases is falling too quickly
3
Maharashtra may extend lockdown beyond May 31
Latest Stories
Trending News
Economic Survey 2016: Here's what India needs
India's economy to grow at 7-7.5% for FY17, 7 most important numbers of Indian economic health
No Surprise: Services will keep driving India's growth
COVID-19IndiaCases: 131,868Deaths: 3,867Recovered: 54,441
COVID-19WorldCases: 5.11mnDeaths: 333kRecovered: 2.11mn
COVID-19USACases: 1.55mnDeaths: 93kRecovered: 361k
COVID-19Access our Live Coverage
More from our Partners