Energy Performance: Is India Losing Out On Power Play? 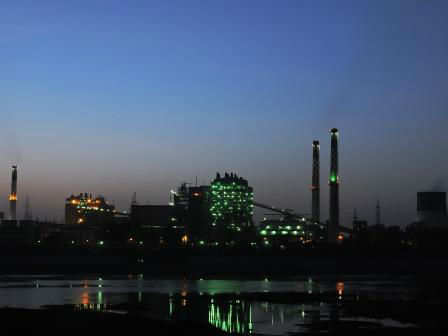 Advertisement
Energy for all is the need of the hour, especially in an emerging like where a big chunk of the population still can’t access and the overall growth of the country suffers due to such non-inclusion. The outlook is not exactly bright at this point as India ranks 69th among 124 in the recently released () Report 2014, prepared by the in collaboration with .

Why we need EAPI
Before we consider why India is lagging behind the rest, it is important to understand the dimensions of the ‘’ and what it takes to achieve top-level energy performance. During the past three years, the World Economic Forum has been working on the , defined as the integrated physical system of energy sources, carriers and demand sectors. The ‘energy triangle’ frames the key objectives of the – the ability to provide secure, affordable and . Accordingly, the Global Index has used 18 indicators to assess 6 regions and 124 countries under three baskets – , and & security – while analysing the complex trade-offs and dependencies that affect the efforts of each country under review.

Advertisement
“Resource, wealth or alone do not guarantee high performance on the Index,” said Roberto Bocca, senior director and head of energy industries at the World Economic Forum. “For an , countries need to focus on all three sides of the energy triangle – environmental sustainability, security of supply and affordability,” he added. Undoubtedly a difficult task, if you look at the toppers or any other country, for that matter. No single country has got a top score of 1/1 for the overall Index (an average of the scores posted under the three heads) and no one has hit a ‘perfect 1’ either, under any of the three baskets. 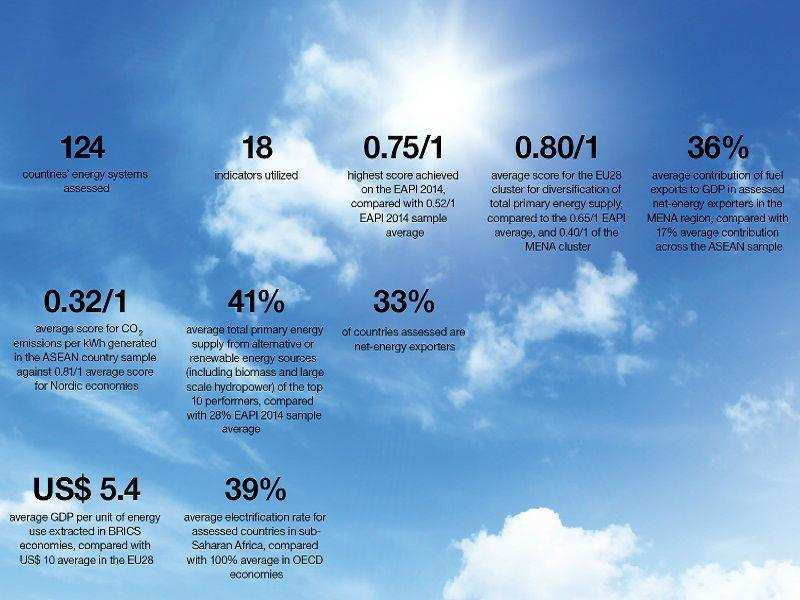 Four factors hindering India’s energy performance
Low access: Let’s look at the grassroots first. Energy access across BRICS is high, with the exception of India and South which continue to face for rural and low-income groups. In fact, India is the lowest performer within the BRICS cluster (0.54/1), with only 75% accessing modern energy sources. It means around 293 million people go without those, compared to just 4 million in China.

However, there are longer-term solutions on the cards. Alongside a number of national and international initiatives, the government is currently running the Restructured Accelerated Power Development and Reform Programme or , directing around $10 billion over the coming years for . India has also launched a programme while the Ministry of New and is targeting the installed capacity from new to reach 21,700 MW by 2017 (more on India’s green power here).

Increasing : Large-scale economic expansion across the country has triggered bigger and a crippling dependence on imports – a major factor behind the ballooning trade and . India is one of the biggest importers of crude oil and more than half of its $191 billion in FY2013 – $109 billion, to be precise – accounted for oil, with the country importing around 82% of its requirements, mostly from the . Overall, 28% of the country’s is met through imports and among the BRICS, India has the relative to GDP (10%).
Advertisement

It’s a kind of vicious cycle, to say the least, which is negatively impacting the . “The whole mess in the is due to the imports of both coal and oil,” Vivek Pandit, senior director for energy at the Federation of Indian Chambers of Commerce and Industry () told FT. Worried by the current account deficit, and gradually started withdrawing their support since March this year. This fuelled a substantial weakening of the and resulted in a drawdown of to the tune of $12.8 billion. According to a PwC report, the drawdown could have been avoided, had India produced 17 million tonnes more oil than its current domestic production.

Worse still, India’s is forecast to grow another 10 percentage points to exceed 90% by 2031. While increasing domestic exploration will help to a certain extent, India must try and curb the further by seeking new suppliers and buying more stake into African and other .

This part of the strategy is slowly taking shape as Videsh, the overseas investment arm of ’s flagship oil and gas explorer Oil & Natural Gas Corp, has been pushing hard to build up a to minimise the country’s dependency on the Middle East. has recently signed two multi-billion-dollar deals to buy into offshore natural gas assets in . It has a significant presence in and is also looking for exploration assets in , , and .

Prevalence of : Another factor that is dragging India down by increasing oil demand and widening the budget deficit. Both India and Russia are the lowest performers for the indicator on . India’s subsidies for diesel put it in the lower quartile globally for this indicator even as the country is trying to improve and access for lower-income groups.

Coal-dependence hurts: At present, coal dominates the country’s with a robust 53% share in , affecting India’s score in terms of environmental sustainability. The country has scored 0.41/1, underlining the challenge it faces in diversifying the energy mix beyond . Although energy trade can have positive impacts here, it can also pose economic and , especially as we are dependent only on a few trading partners.
Advertisement

Interestingly, 41% of the energy supply in the top 10 countries comes from low-carbon energy sources, compared to a global average of 28%. India, too, is rolling out low-carbon power generation through plans to increase from the current 4.4 GW to 5.3 GW by 2016.

The bottom line
“Our analysis concludes that there is no single way forward; each country must work with its own resources and constraints, making difficult choices and trade-offs,” said Arthur Hanna, Managing Director, Energy Industry, Accenture, and a Member of the World Economic Forum’s Global Agenda Council on New Energy Architecture. “The Index helps nations take stock of their energy transition challenges and address key barriers to success, such as market distorting subsidies, continued uncertainty around energy policy and funding for research and development of and technologies.”

Keeping that in mind, can India cope with the transition and morph its energy policies accordingly?

Top Image: Wikipedia
Data chart: World Economic Forum
NewsletterSIMPLY PUT - where we join the dots to inform and inspire you. Sign up for a weekly brief collating many news items into one untangled thought delivered straight to your mailbox.
CAPTCHA: