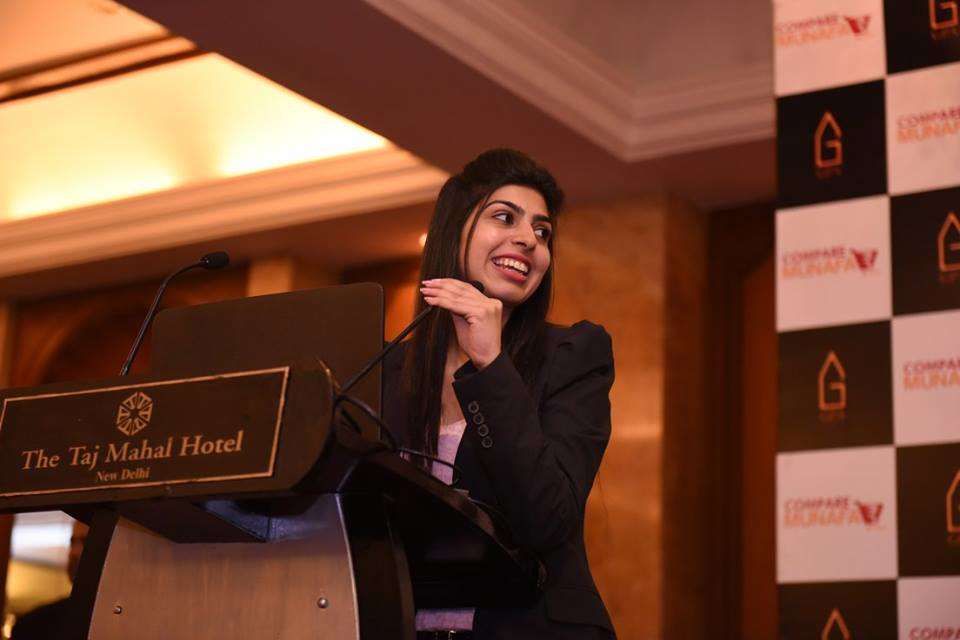 Ideas can strike you anywhere and anytime. For , it was when she bought a phone online as a gift to her mother on her birthday. On the same evening when she met her friend Vivek Agarwal, she found to her utter surprise that the same phone was Rs. 1000 cheaper on another website and if she had put a little more effort and visited few more sites she could earn cash back as well. This became a point of discussion that evening and a reason for the existence of comparemunafa.

“We wanted to create a one stop solution frontline shopping,” said Kanchan, co-founder of comparemunafa.
Thus began her as an entrepreneur from 2015. Advertisement
“At comparemunafa.com, we wanted to create an ecosystem, which offers a complete, inclusive and seamless shopping experience, saves time and effort while earning munafa with every purchase,” she said.
They have affiliate partnership with ,Snapdeal, Amazon, Jabong, Paytmetc ; in total we have 200+ stores and 10,000+ deals and offers available for customers to choose from.

With her passion and dedication, within one year she bagged the ‘Entrepreneur of the year award 2016’, given by Youth Pathshala award every year on Swami Vivekananda’s birthday to young achievers.
Advertisement

Kanchan is a self-learner, highly determined young woman entrepreneur. She believes that there is no end of learning, thus takes inspiration from everyone and everything around her. She believes that an investment in Knowledge pays the best interest. It is a gift that no one can take away and every child born in this country deserves this gift. This affirms her association with SUIT NGO as a Treasurer, which works towards upliftment of Underprivileged Children.

Being a women entrepreneur in India is not an easy task. Convincing people to come work under a woman is one of the most difficult tasks for a startup founder. But she did well. And, with the initiative, she feels it would become lot more easier for ideas to become a foundation.
The start-up ecosystem especially in the e-commerce industry is very different from any other traditional business. There is ambiguity in the policy guidelines that presently governs it. In my view, making exits easier for startups is an important announcement, she added. Advertisement
“Other announcements relating to the ease of starting up through a simple form filled on an app, self-certification clause, and tax reliefs are good steps. I like the idea of providing help to startups in assessing and filing patents. I also appreciate the idea of support to set up incubators across India with private-public partnership.”
Lastly, during our chit chat, she also gave some funding tips for budding start-ups.

“The best way is to develop financial projections that are rooted in verifiable assumptions. Entrepreneurs often feel that they are compelled to exaggerate projections to look like their businesses can reach a billion dollars of market value in a few years. There's no point in a set of projections that aren't based on reality. One way to build a set of realistic projections is to start with business drivers that can be discussed and debated with investors,” she concluded. Advertisement
(Image credits: facebook/compare munafa)