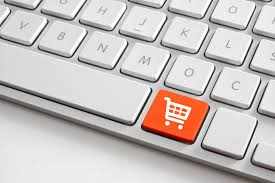 He furnished a list of 106 such websites collated by the Wildlife Crime Control Bureau (WCCB). The 106 websites include prominent names like quikr.com, olx.in, alibaba.com, eBay.com, youtube.com, amazon.com, shopping.rediff.com, petsmart.com and .com. Dave said several steps have been taken to prevent such illegal activities which include utilising services of cyber crime specialists on contractual basis to carry out regular cyber patrolling to detect posts and offers on such portals. He said if any such offer is detected, details are retrieved of the suspect and information is passed on to relevant enforcement agencies for legal action.

Advertisement
A meeting of representatives from online trade portals was convened in May this year to discuss issues pertaining to online wildlife trade, sensitise them about it and discuss modalities to assist WCCB in case of such detections. Dave said during training and sensitisation programmes conducted by WCCB, the issue of illegal online wildlife trade is being highlighted so that officials involved in the enforcement are abreast of such trends. A wildlife body had recently alleged that a prominent website was selling wildlife specimens, including sea horses and alligator heads, protected under the country's laws.

Wildlife SOS had claimed the website was offering an array of wildlife trophies, including alligator heads, preserved snakes, butterflies, starfish, rare beetles and seahorses, besides hunting manuals and devices.