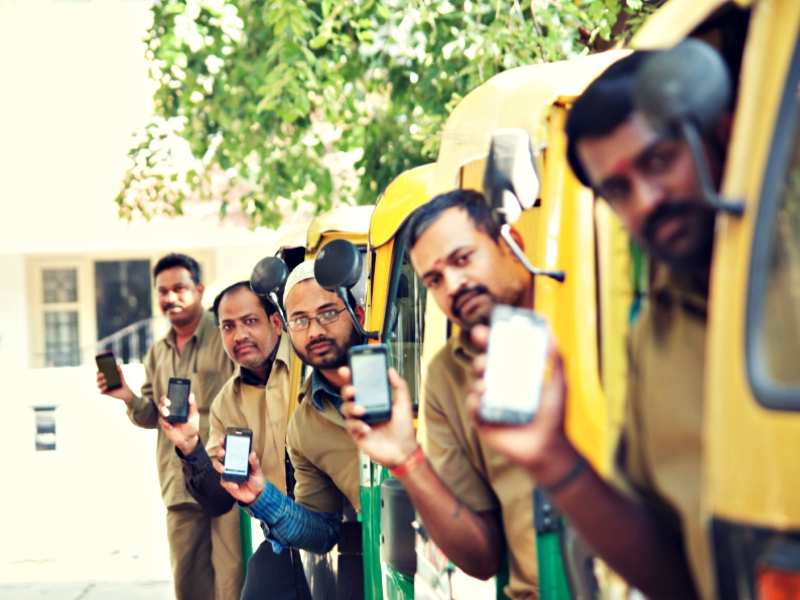 As the Ola- Uber rivalry reaches newer heights with slashing fares by up to 22% in 10 non-metros, has taken the battle off the cities into smaller towns by launching autos into 12 new local markets.
Advertisement

The online cab aggregator now has over 100,000 autos across 24 Indian cities, and claims to targeting two million rides from the auto-rickshaw category alone by the end of 2017. Ola also claims to see 30 million daily rides in the 24 cities, fulfilled by a solid three million auto-rickshaws.

While the jostle to stay ahead continues, Business Insider sat down with Nitesh Prakash, Senior Director of Operations at Ola and Anand Subramanian, Senior Director of Marketing Communications to understand the dynamics of what’s going on in the company.

Why have you been doggedly pushing the Auto segment?
Nitesh: In India there are over 215 million auto rides daily. That’s a huge number that attracts us. I see a lot of value Ola can add to the immense supply that’s present.

Anand: This is one segment where not many players have met with much success. That speaks volumes for what we have done differently, and how we’ve got it going across Tier I and Tier II cities. Each of these cities has over 20,000 odd auto rickshaws each. That’s a quarter of a million autos in the 12 new cities we’ve launched in.
Advertisement

How much do autos contribute to Ola’s total business?
Nitesh: I won’t be able to share exact numbers.

What I can say is that the Auto business started over a year ago, and we think it can match up to the cab business, sooner than later.

How are you doing it differently than the Uber Auto?
Anand: What set us apart for autos is the immense customization and emigration we’ve done for the segment. We know autos are not similar to what cabs are. They have very different customer use-cases and driver base.
Advertisement

Each of these should be factored in. There can’t be a playbook template approach.

Nitesh: It needs a lot of local understanding. We can’t replicate one city’s model anywhere else. We have training, development and support centres across every city we’re operating in. That way we’re more reachable.

There’s apprehension that Auto tariffs will go up when Wi-Fi is introduced.
Nitesh: It’s a little too early to talk about Wi-Fi on other categories.

We have to give it far deeper thought. We have to think of autos in isolation. Nothing on those lines to discuss yet.

Advertisement
Some say the Micro is cannibalizing into the Auto segment. What do the numbers say?
Nitesh: I can’t comment on the numbers.

A customer prefers an auto over Micro for a very short trip, say for going to the market. That’s due to the fare. We don’t think one can eat up the business of other. They should complement each other. The base fare of the Micro is Rs. 40, and that of an auto is Rs. 25.

Anand: Rs. 25 in major cities, mind you. Smaller cities, it’s even lesser. For smaller cities it offers affordable commute on a daily basis and last mile connectivity. These cities don’t have that many cabs or Micros.

Do you think you’re expanding too fast for someone who’s facing issues in several markets?
Anand: We will expand at the rate the market wants us to. Our eyes are set on the mission to provide mobilizing to a billion people.

Advertisement
If there is an end value to be created, we don’t think there is a reason to worry. When you are at a particular scale, the benefit of that is so immense that you can expand without hampering quality.

There’s a genuine opportunity of reaching over 100-700 million people in tier II and tier II cities.

Comparisons are being drawn between the current Ola-Uber-Jugnoo struggle and the Uber-Lyft-Gett rivalry in the US. Your comments.
On Uber’s allegations, we’ve shared an official statement. That’s what we stand by. In addition to that, we won’t have any comments whatsoever.

We think we’re executing well, and executing fast. As respectable and law-abiding corporate citizens, we have immense respect for the law, and in so point of time do we do what is not right according to the law of the land. That’s pretty much it.