Exclusive: The ‘been there, done that’ Man – Dinesh Agarwal 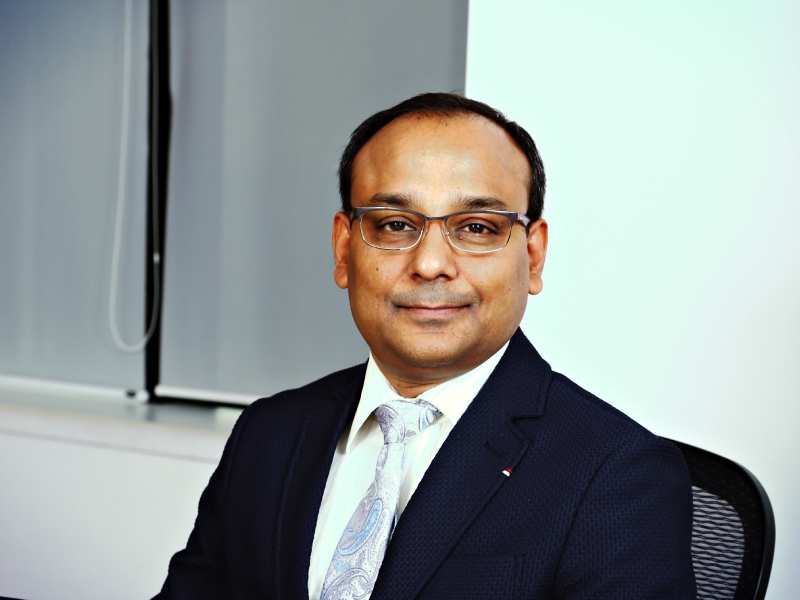 Advertisement
He was in there much before e-commerce was the talk of the town and cash flowed like the Ganges. While they talk of profit in years, he talks in months. While they never saw much of a dotcom burst, his saw several, and survived ‘em all. He talks mostly in crores and rupees, not billions and dollars, but welcomes both.

Name’s Dinesh. Dinesh Agarwal. Founder-CEO, IndiaMART - the country’s only profitable e-commerce portal. BI India caught up with him at a Coffee shop in Delhi, chatting about commerce, India and of course, money.

You’re pumping Rs. 100 Crores into Tolexo by March, 2016. How are you channeling this money?
It’ll be on a monthly/quarterly basis and will go into 3-4 major areas. The first is on the employees and management. The second is to build a 10 million product catalog. Marketing and customer acquisition come in at number three. Last but not the least are product, technology and logistics.

Do you think you caught up with the boom a bit late?
We are pioneers in B2B retailing. Consumer businesses have kicked off, B2B is catching up, and that’s always been the case. First consumers adopt, then businesses want to taste and try. If I would have started 3 years back, I won’t have been able to reach out to every business.
Advertisement
Give or take a few months, but we are definitely not late.

After we reached over 10 million buyers and 1 million SMEs, we built a new division that focuses on big buyers, big suppliers and big business. Given the three-pronged strategy we’re adopted, we can attain the target by a handsome margin.

What’s your assessment of the Indian scenario?
Quite unlike the US or China, this country has remained a good country for SMEs. India is very conducive for new businesses. However, it’s equally non-conducive for large businesses with it’s multiple layers of demographics.

Advertisement
You’re a veteran in internet technology. Do you see the current startup bubble bursting quickly?
Back in 1998-99, the internet population was a few million worldwide. People imagined businesses, mostly advertising-based business, and they were slated to burst. In 2007-08, it was the real estate bust that rubbed off on the dotcoms as funding dried.

Currently, we’re sitting on a 300-400 million internet user-base. Mobile prices are at their lowest and call and internet rates are cheaper than ever before. Nothing like 1999 would ever happen again.

The internet user-base is here to stay. How much you can monetize is the big question. The variables are not that much in negative. At most the valuations might run slightly ahead of time.

Some say Indian e-commerce is on steroids. VCs are pouring billions into companies already bleeding cash.
It takes time for a business to be profitable, and many shall perish on the way. This is a high-stakes game, and the investors know how this will turn out. However, the cycle is good for the internet and consumers. If the money doesn’t come in advertising won’t happen, i.e. there would be no customer acquisition, no discounts and no awesome service.

Advertisement
Let the money come in; let more people come onto the internet. The more money comes in, the more will be given to consumers. It took companies decades of advertising and discounting to get us hooked onto tea and noodles. This is no different.

What’s your idea of the e-commerce scene in India?
India would never let one brand monopolize its commerce. Indians love choices. To say there will be one remaining player after it all ‘ends’ would be false. All sellers can’t be at one place.

When can we expect ’s IPO?
We’re working on it. There are several factors - the company’s own readiness to go for an IPO, regulatory approvals and the market sentiment. God willing, 2016 would be an interesting year.