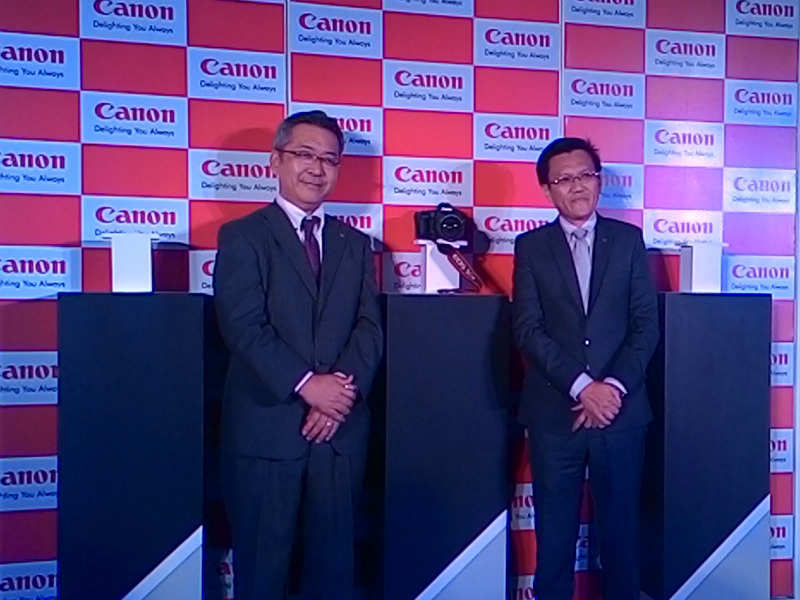 is changing the world of photography in India through its breakthrough technology and innovation. From the hands of only the professionals, DSLRs have now entered the hands of more enthusiasts and amateurs. People are now showing an active interest in photography, both as a career as well as a hobby.


“We see more and more young people getting interested in photography. Photography has become more affordable. The barrier to the entry has become much lower now. And DSLRs are not perceived as so intimidating as before,” , Senior Director, Image Communications Products Group, India, told BI.

Advertisement
From opening EOS Academy to bring more young people onboard to expanding beyond metro cities to reach out to everyone, Canon went that extra mile to make people realise what photography stands for.

By tomorrow they will reach 150 stores and by the end of this year they are targeting to open 200 stores. These are Canon’s exclusive brand stores to make the customers more connected to the world of photography. They are now in 71 cities. Recently, Canon has opened stores in Dehradun, Thrissur, Haridwar and Davangere, a first-of-its kind there.

“Surprisingly we have got strong response there (Tier II and Tier III cities). The last few stores that we opened, we see very enthusiastic response and good buying patents,” said Andrew.

Advertisement
According to report, Indian digital camera market registered shipments of 1.62 million units in CY 2014. Canon India closed 2014 with revenues of Rs. 2,026 crore, which is a 6 per cent growth over 2013. Apart from its technology and strategies, a change in government has also helped in the growth of digital camera market in India.

Andrew said that after the change in government, the economy is Bullish and is more optimistic now. Also, with Prime Minister of India, ’s campaign, he is hopeful of an economic boost in the digital camera market in India as well.

“As small companies come onboard, it will definitely boost the economy. If people become more confident, they will invest in other things. And photography will grow at the same time,” he said.

Advertisement
But during his two years in India, his main challenge was to tackle the diverse market in India which varies from region to region and from states to states.

“India does not behave like one single country. Different brands do well in different states. Buying trends are different. We are stronger in the southern states than the northern states. Also, some brands have a longer legacy here,” he said.

But he added, “We are here for the long run. We are committed to the brand and we will definitely build up on the brand.”

(image credits: Business Insider India Bureau)
NewsletterSIMPLY PUT - where we join the dots to inform and inspire you. Sign up for a weekly brief collating many news items into one untangled thought delivered straight to your mailbox.
CAPTCHA: