5 Soccer stars that have invested in technology startups 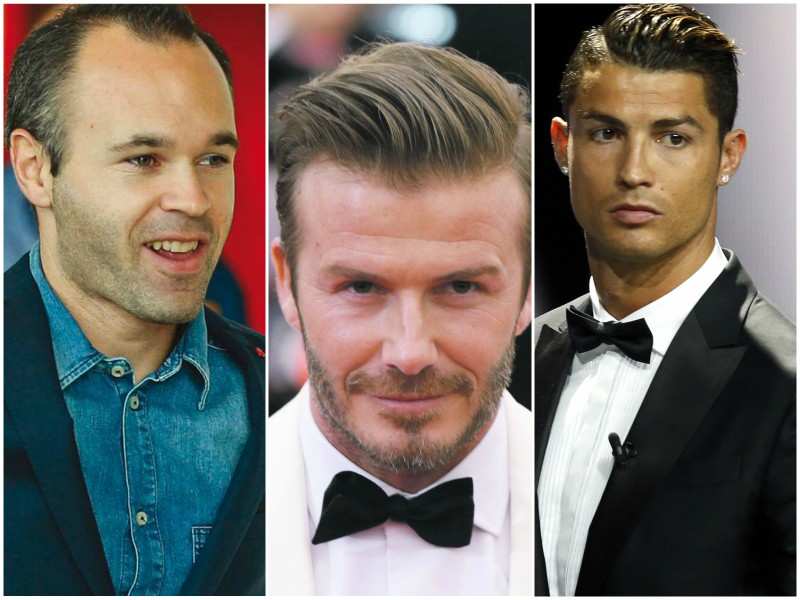 Proficient footballers and technology startups aren't the most evident blending; however various players are attempting to wed the two and score both on the field and business.

Technology is a major cash spinner nowadays and affluent footballers hoping to aggravate ventures could do more to back some of Europe's quickly developing tech companies, taking a piece of value in the meantime.

The greater part of today's players demonstrating an enthusiasm for apps and stages, are getting behind new companies with some kind of connection to game, be it a sports informal community, an online sports betting portal, or even a sports vocation site.

Advertisement
The footballers regularly introduce themselves as one of the startup's envoys, however off camera they can be discovered marking bargains that give them a cut of the business.
Here are 5 most creative players that encompass the quality of risk-taking:

David Beckham: Ex , Real Madrid and AC Milan has invested in some unknown video streaming app ‘myeye’, this company’s working can be understood by Twitter’s periscope app. The only difference between them is the time they let the video on the portal (Periscope- 24 hours, myeye- 72 hours). With more than 77 million Facebook subscribers, he pulled in 4+ million followers in the initial 48 hours and 6 million in the primary week when he joined Instagram in May 2015, an actuality which was later affirmed as a Guinness World Record. In any case, he has never joined . His significant other Victoria has 8 million followers on Twitter.

Cristiano Ronaldo: The man with a golden right foot and 3 ballon d’ors, reportedly, had invested in lisboa-based lifestyle application ‘Mobitto’. Founded by Diogo Teles and Jose Simoes in 2012, Mobitto is a lifestyle application that offers people the possibility to do things they like in an affordable way. Based on its community, through Mobitto's mobile or web self-service marketing solution, merchants can tailor their offers in real-time to the people they want, when they need it.
Advertisement

Andrés Iniesta: The playmaker has invested in immersive sports broadcasting wearable FirstV1sion. Founded by Angeliki Terezaki, Jose Huertas, and Roger Antunez in 2014, First V1sion is a new system enabling for the players’ field of vision to be shown in sports where this was not possible before: basketball, football, tennis, athletics and many more. First V1sion integrates a camera and a radio transmitter into the jersey. It´s completely imperceptible to the player and it shows in real time, without delay, the player´s view. The company’s high definition video system uses a pulsometer and an accelerometer to bring to sports fan more information than ever.

Michael Owen: The legend along with Mark Webbere was reported to be backing a sports social platform Sportlobster. Founded by Andy Meikel Arron and Shepherd, Sportlobster was born out of the frustration that sports fans face in having to visit multiple sites or download multiple apps to get their sporting fix. News, rumours, photos / videos, scheduling of events, making predictions / placing bets, reading blogs of fellow fans or writing your own is a disjointed experience, and ultimately this ends up with lost interactions on generic social networks such as Facebook or Twitter.

: This Everton star has taken this to another level by launching his own startup. Axis Stars is an online sports platform that is designed to help athletes better manages their careers. The company is a secure platform that connects professional athletes to agents, agreements, suppliers and new opportunities which is undoubtedly an incredibly efficient way of maximizing career growth while maintaining open and clear communication and organization. It not only provides the athlete with a “home base” for everything career related, but it also presents significant value to sponsors looking for exposure and agents seeking clear communication.
Advertisement