Google's stunner Pixel phones unveiled: India among first six countries to get Pixel, Here's everything you need to know 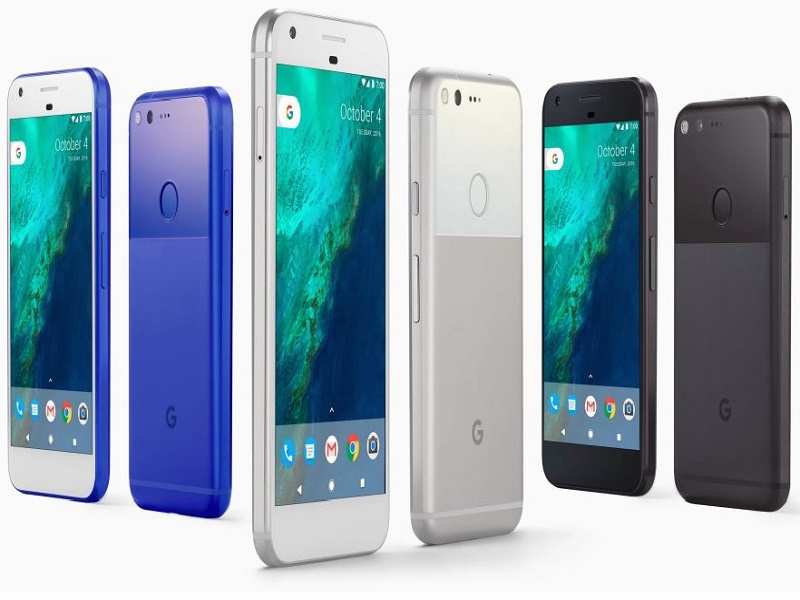 Google announced six markets it is initially launching the Pixel phones in which includes US, Australia, Canada, Germany, UK and India. In India the pre-sales will start from October 13 and shipped by the end of October. The starting price of the Pixel phone in India will be Rs. 57,000. Both variants of the Pixel phone will be available online exclusively on and can be bought from over 1000 plus stores including Reliance Digital, Croma, Vijay sales with interest free EMI programs and attractive upgrade offers. Pixel users in India will also have access to a toll free phone support number along with 54 walk in service centres in over 30 cities in India.

Google’s newly appointed hardware head Rick Osterloh took the stage from to talk about how Pixel represents the best of hardware and software designed and made by Google.

Google’s new phone comes in two sizes Pixel and Pixel XL with 5-inch and 5.5-inch displays. Pixel phones are mainly built on five pillars, Google Assistant, Photography, Storage, Communications and also Virtual reality. The fully built in Google Assistant gives the phone a big AI push that can be launched by simply tapping on the home button. promises that the Google Assistant is new and improved and the level of accuracy of the Assistant is getting closer to a human response.

and Pixel XL feature Full HD and Quad HD resolution. The smartphones are powered by Snapdragon 821 processor coupled with 4GB RAM and 32GB storage. Both the Pixel smartphones feature an all new 12.3MP rear camera with large 1.55 micron pixels and f/2.0 aperture. Google’s Pixel and Pixel XL has scored 89 on DxoMark’s camera rating. Google’s camera brings Smartburst feature which clicks multiple images at once and suggest the best one based on the result. The cameras come with OIS and support 4K video recording.

Google Pixel and Pixel support pixel imprint fingerprint sensor and use USB-C port for charging. Pixel comes with a 2,770mAh battery while Pixel XL gets a bigger 3,450mAh battery. Google Pixel and Pixel XL will be available in "Quite Black" and "Very Silver", however the limited edition "Really Blue" colour variant will not be available in India. Both sizes of the limited edition "Really Blue" Google Pixel phones are already out of stock in the US minutes immediately following their launch. And yes, the smartphones feature 3.5mm headphone jack!