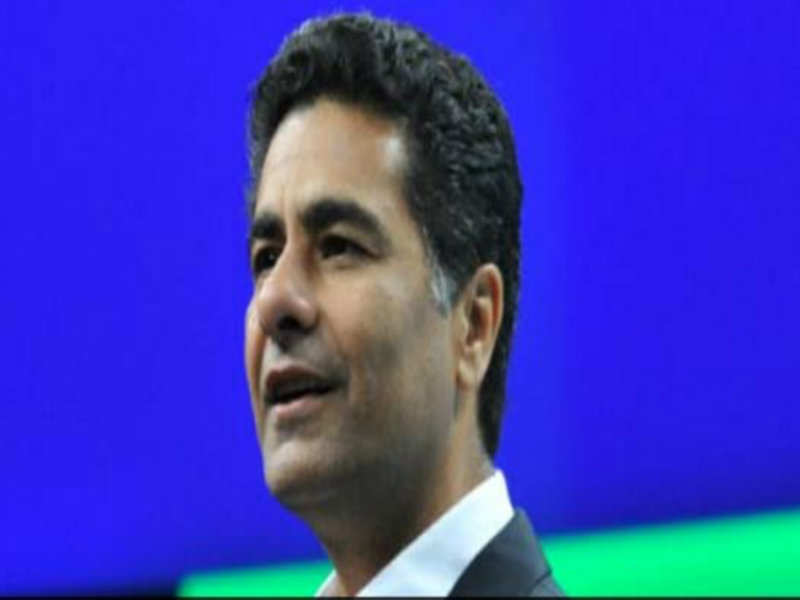 The central government has made the right announcements, but it has to execute them properly, , first Indian-origin CEO of a Big Four consultancy firm, told the Economic Times in an exclusive interview.

Born in Rohtak, Renjen went to the US to study on a scholarship and capitalised on a good break, excelled in his craft (M&A) and rose through the ranks after delivering results consistently.

In February, after 98% of partners globally validated him as their head, the 53-year-old was named the global chief executive of the firm. He took over the role formally from predecessor Barry Salzburg on June 1.

In his first visit to India after taking over the reins, ET spoke to Renjen over the changing perception about India, mission-versus-money debate and his journey to the corner office.

Sharing his opinion over the changing perception about India for the last 12 months, he told ET: “I think there's a lot of excitement. PM Modi came to the US. It was quite an experience. I got a chance to meet him at the State Department and he was impressive. So, there is a renewed sense of optimism about Modi and Finance Minister (Arun) Jaitley.”

He further added that India's recent growth, and being the fastest-growing economy among the nations, has certainly changed the conversation. “They are taking a new look at India. There are heightened expectations. There's certainly a feeling that those expectations will turn into execution,” he said.

Being asked about the execution of announced programmes of the , he said: “It is still a wait-and-watch period though the government has made, I believe, the right types of announcements.”

Regarding the Greek crisis and Chinese slowdown, Renjen said: “What is happening in the EU, particularly with , is certainly impacting global sentiment. What's happening in China, what's happened geopolitically in Russia, that's having an impact. But, we feel optimistic as a firm in some of our major geographies that there is a recovery ongoing in the US.”

He added: “China is still growing at 7%; India is growing. So, there are lots of positives. Low oil prices are a positive; some of the things that are happening geopolitically are positives. But it is a bit of an anxious time.”

Deloitte has leveraged India as a talent base really well. On being asked about hiring from India, Renjen said: “We have 30,000 professionals that work under the Deloitte brand in India and, for me, India is a tremendous talent opportunity.”

“It is harder to get into some of the top management institutions in India than in the US. So it is a fabulous talent arbitrage opportunity. For us, India has 30,000 professionals out of 200,000. It has grown exponentially over the last number of years,” he said.

The Big Four have diversified from accounting and auditing into a multitude of services, so there is always a fear of dilution of mission in favour of money. On being asked about how he balances the two, he said: For a firm to be exceptional, it has to be led by purpose. Our purpose is to make an impact that matters...That is what we are guided by. It is our mission as a firm to create a tangible, measurable and attributable impact every single time we serve a client. So we are starting to ask the questions when we evaluate our partners — what type of impact did you generate for the client that you served? What type of a mentor were you? It's a completely different way of looking at purpose.”

The financial daily asked him to share his journey from Rohtak to the Deloitte corner room. Renjen said: “I left India on a Rotary Foundation scholarship and I started with the firm right out of college. As I progressed through the firm, I learnt a craft. What I basically do is mergers and integration type of work and I've done very fascinating work. And as I went through learning my craft, my partners gave me opportunities, my firm gave me opportunities to do different things.”