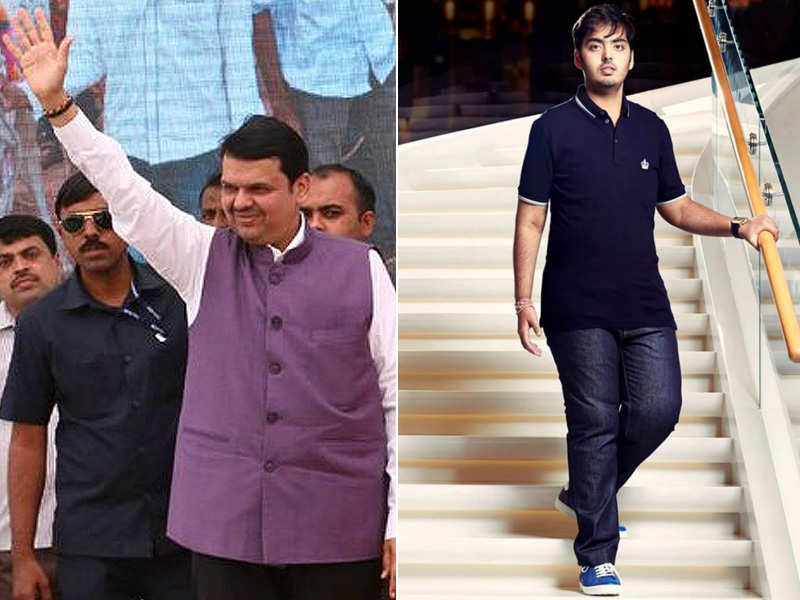 The old adage ‘health is wealth’ still holds golden in this tech-savvy world and right from Bollywood celebrities to corporate honchos to politicos, they all seem to have cracked it.

The internet went berserk after images of a lean Anant Ambani, son of Mukesh Ambani, surfaced and everyone wanted to know the secret potion.

Days after, we saw a slimmer looking Devendra Fadnavis, Maharashtra Chief Minister, and now these two men have given us some real fitness goals.

Advertisement
But let’s face it, we all give ourselves excuses of being stuck in the vicious circle of home-work-work after office. If Fadnavis, who works 18 hours every day throughout the week, can do it, we can also nail it.

Of course, one of the main reason why Fadnavis managed to pull off this feat was that he was being personally guided and coached by holistic, global health guru , to reduce 18 kilos in just 3 months.

“I life coach people who are willing to add meaning to their lives, are true to their purpose and objective and yes, Mr Fadnavis fit the bill. The journey was extremely good. So, my primary objective is well-being, wellness, healing, holistic health and not weight loss,” said Mehta.

Advertisement
A doughty looking Fadnavis did not look obese in his recent public engagements and it was refreshing to see him in a new avatar.

When asked how Mehta, who has trained many Bollywood celebs like Aamir Khan, Preity Zinta, managed with Fadnavis’ schedule, he said two hours every day were enough.

Advertisement
Mehta, who has a PhD for Philosophy in well-being, said Fadnavis is also spiritually very inclined and they did a lot of chanting.

“We do a lot of chanting, we make him lie down on grass, take lot of sunshine on his face, chant lot of mantras and that’s perfectly enough to transform anybody physically, physiologically, psychologically, emotionally and spiritually. End of the day, activation of brain, endocrine system, the nervous system influences the state of body,” he said.

So, what does it take for an obese person to lose weight? Determination and right combination of eating and exercises.

Advertisement
Here are his best kept secrets for obese people to lose weight:

1) Lie down and don’t do things standing up at all or very little, because a lot of body weight falls on the knees.
2) Make sure you take baby steps while walking and going from one exercise to the other.
3) Do lot of yogic, dynamic breathing, administer a lot of stretching and open up.
4) Progressive resistance training really needs to be scaled up but once again in small baby steps.
Advertisement
5) Be very careful that you don’t hurt the back, the joints, ligaments. Hurting these could end in spasms and injuries.