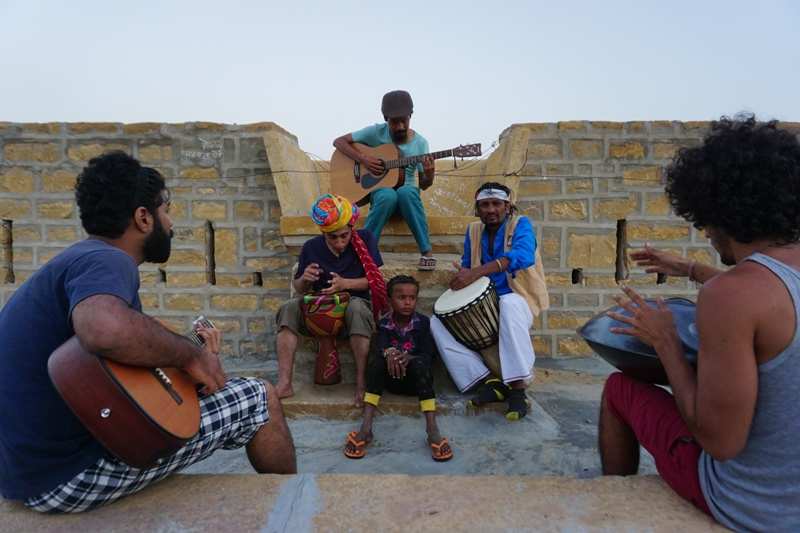 From the outside, , a quaint village in the north of , will look like any typical Rajasthani village in the midst of the desert, with mud houses, camels tethered to cots and women, donned in vibrant colours, doing their daily chores.
Advertisement

A three-day event held from September 2-5, organised by John K-Town from Sydney, saw , travellers, artists on the village land and the music fest had some amazing jamming sessions.

Advertisement
But, if you think it was like a regular music events with LED lights, stage and podium, you are on the wrong tangent. In this festival, the stage is the desert and the light is the starry-sky.

Apart from Indians, there were Italians, Chinese, French, Israelis, who had a variety of musical instruments, some of them never heard of, and gathered at Mala ki Dhani for the love of folk music.

To get a glimpse of how the event was, here are some amazing pictures from the