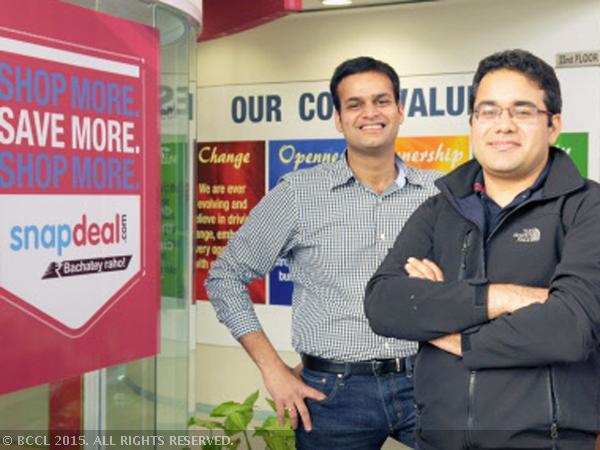 Did you know that India represents a $7 billion e-commerce market? A Gartner report shows that it is growing at more than 40% every year. At a time when the country is en-route to becoming the world's fastest growing e-commerce market, the sector will be looking keenly at the upcoming budget to provide a boost.

Here are the five expectations they have from Budget 2016:

Kunal Bahl, Co-founder and CEO, Snapdeal
Advertisement "India presents a huge opportunity as it continues to build physical and digital infrastructure for its large population, which in turn will boost economic activity and create massive employment. Given the quantum of the task, large capital inflows and suitable tax breaks can help accelerate the process. We hope that Budget 2016 will continue the task of creating a favourable, predictable and investment friendly climate for global funds seeking to participate in India’s growth story. We also look forward to announcement of policies geared towards achieving a "less cash" economy, making the economy more efficient and transparent.”

“During this Budget session hopefully, political consensus will also be reached on the GST Bill and it will get passed. The movement forward in indirect taxes will help align taxation with contemporary business models and will resolve varying interpretations of VAT / CST and service tax, which complicate the operating environment for , including for inter-state movement of goods. On a broader note, uniformity in taxation laws across the country will significantly ease tax compliance for businesses and benefit government by bringing in easy tax administration and greater transparency."

Advertisement
"I hope that the budget continues on the path of fiscal consolidation. India is standing out as a beacon of growth and stability in an otherwise troubled global outlook. We expect the Budget to invest significantly in strengthening the digital infrastructure of the country. It is crucial that we develop a high bandwidth. We would also like to see tax breaks on budget smart phones which support vernacular languages. Tier 2 and 3 cities and rural India thrive on smartphones, and have contributed significantly to productivity. The more the smartphone penetration, the higher will be the levels of entrepreneurship that we will see. We do hope that the KYC requirements will be simplified, and eKYC will be the way forward in the future. We have moved up from a ranking of 134 to 130 among countries in ease of doing business. I hope the Govt will overall introduce measures that take us among the top 100 in the medium term. Starting a business, getting electricity, paying taxes, enforcing contracts, access to credit- we hope that some of these elements will be looked at during the budget."

“The ‘Start-Up India, Stand-Up India’ initiative by PM Modi is one of the initiatives that was announced to encourage and boost the start-up culture in India. We are witnessing a behavioural change towards start-ups in the country and hope the will be in sync with PM’s initiative for a Digital India. Introduction of policies that encourage digitization and non-cash transactions can help the economy tackle the ever growing problem of hard cash transactions. Removal of convenience fee on booking tickets, utility payments, and removal of payment gateway costs levied on online bill transactions, tax rebates and incentives for merchants that facilitate digital transactions can elevate the online transaction experience and accelerate the adoption to truly become a cashless economy.”
Advertisement (Image credits: Economic Times)