How India is challenging China's dominance in Africa 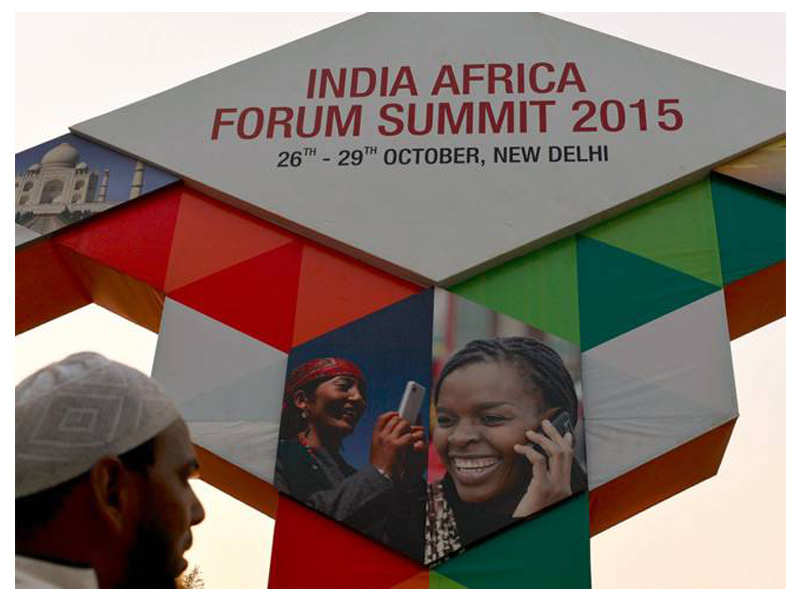 When started his career at the age of 24 as a barrister for supporting Indian traders in Pretoria in South Africa in 1893–which was the launching pad for his transformation as a civil rights activists upholding the cause of Indians in South Africa and later as a political leader in India leading the country to victory and freedom in its struggle against centuries-old colonial rule—he would not have thought of a scenario where Indian and the whole of Africa emerging as close trading partners.

Exactly 122 years after Gandhiji landed in the African continent, India is on the threshold of helping the continent shrug off its colonial past (similar to how it emerged from the shadow of British rule to be the fastest growing in the world) and emerging the biggest of Africa.

In fact, the shared colonial past and the strong desire and commitment to emerge as world leaders in trade create a level-paying field for to formulating mutually beneficial and long-lasting business ties.

Advertisement
The unstoppable momentum gained by formerly colonised and downtrodden regions as possible future trade leaders is what makes the third (the largest such summits even hosted by India where 40 heads of states from the African continent are attending) being held in New Delhi from October 26 to 29—seven years after the first summit was held in 2008—really significant.

Another key reason why this summit is important, especially for India, is the slowdown seen by China—its bigger rival from Asia—and the subsequent opportunity that offers for the country to prove itself as an alternative to the Chinese hegemony as the preferred investment destination and trade partner. In fact, Africa’s status as the world's fastest-growing population and a vast fountain natural resources is what prompting the government to position India as a better alternative as it seeks to challenge the dominance of China as Africa‘s business ally.

India's appeal for Africa has surged over the past year due to its higher economic growth trajectory and international standing earned by Modi. With China no longer flourishing, India looks more attractive to Africans who are trying to cope with a lull in mineral exports to China and growing concerns about China's ability to keep investing in Africa.

Advertisement
However, though India has overtaken China in terms of the pace of economic growth, its economy is still one-fifth the size and it lacks the financial heft to challenge Beijing in a tuff contest for the African market—while trade between India and Africa grew from $ 2 billion 15 years ago to $72 billion in 2014, trade between China and Africa stands at a mammoth $200 billion—more than the of the 30 smallest African economies combined.

Therefore, while acknowledging that it may not be easy to take China head on in the race to garner a larger pie of the growing African market, the Modi government wants to offer Africa a ‘choice’ by aggressively promoting its ‘’ campaign.

Also, as opposed to China’s exploitative approach wherein the world's No.2 economy has been sucking oil, coal and metals from Africa over the years to feed its industrial machine, India seeks a less transactional alliance and aims position itself as an ideal partner—leveraging Africa’s needs and India’s strengths—for overall development for the two regions that account for a third of the world's people, but seven in 10 of those living in poverty.

Advertisement
As a massive gathering of leaders from a rising continent debate on possible trade options with the largest democracy in the world, the event has not only proved to be landmark event in the history of relations among emerging powers, but also confirmed an elevated stature for India as a an emerging world leader.

The fact that India and Africa are emerging as decisive voices in the stage of world trade is effectively captured by the summit logo which features the African and Indian lions—the image points to the confidence and optimism that two landmasses that were once conjoined but now separated through geological drift are enjoying in their quest to realise their true potential. The imagery also encapsulates the courage and boldness of tow emerging lions on the prowl for larger trade and bilateral opportunities.

The biggest gathering of foreign dignitaries in the country since 1983 with some 1,000 delegates, the India-Africa Forum Summit also envisages to transcend usual trade talks and address issues of common concerns such as climate change and international terrorism.

Advertisement
Though much later after China, European Union and Japan held similar events, the meet gives Modi a chance to lead India to nullify its peers’ first-mover advantage and emerge Africa’s largest trade ally and in the process cement its growing status as one of the top global economic powerhouses.

(Image Credits: Indiatimes)
NewsletterSIMPLY PUT - where we join the dots to inform and inspire you. Sign up for a weekly brief collating many news items into one untangled thought delivered straight to your mailbox.
CAPTCHA: