Faculty members of IITs and IISc are blasting Facebook’s Free Basics, highlighting the ‘lethal combination’ and it is getting viral! Here is the full text 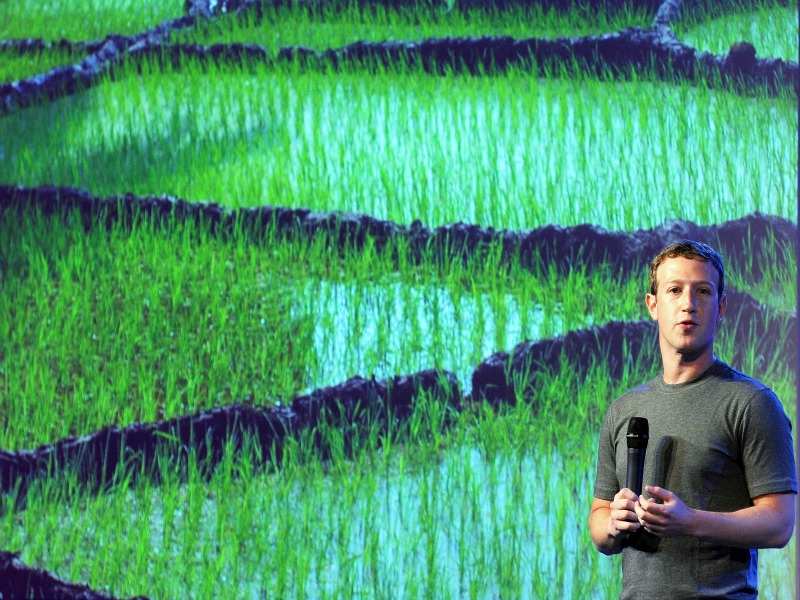 In a show of strength, a huge group of academicians is highlighting the flaws of Facebook’s Free Basics.

Mark Zuckerberg’s Facebook is trying everything possible to get people’s approval for Free Basics, through Facebook posts, print and television ads.

However, nearly 50 faculty members of the Indian Institutes of Technology and Indian Institute of Science, in a statement, blasted at the Free Basics programme, which is an internet platform that gives users Facebook and a few other services for free.

Advertisement
Many claim Free Basics is just a different word to internet.org and violates the principle of .

Advertisement
- to define for Indian Internet users what is “basic”,

Advertisement
is a lethal combination which will lead to total lack of freedom on how Indians can use their own public utility, the Internet. Facebook's “free basics” proposal is such a lethal combination, having several deep flaws, beneath the veil of altruism wrapped around it in TV and other media advertisements, as detailed below.

The first obvious flaw in the proposal is that Facebook assumes control of defining what a “basic” service is. They have in fact set up an interface for services to “submit” themselves to Facebook for approval to be a “basic” service. This means: what are the “basic” digital services Indians will access using their own air waves will be decided by a private corporation, and that too one based on foreign soil. The sheer absurdity of this is too obvious to point out.

Advertisement
To draw an analogy, suppose a chocolate company wishes to provide “free basic food” for all Indians, but retains control of what constitutes “basic” food ̶ this would clearly be absurd. Further, if the same company defines its own brand of “toffee” as a “basic” food, it would be doubly absurd and its motives highly questionable. While the Internet is not as essential as food, that the Internet is a public utility touching the lives of rich and poor alike cannot be denied. What Facebook is proposing to do with this public utility is no different from the hypothetical chocolate company. In fact, it has defined itself to be the first “basic” service, as evident from Reliance's ads on Free Facebook. Now, it will require quite a stretch of imagination to classify Facebook as “basic”. This is why Facebook's own ad script writers have prompted Mr. Zuckerberg to instead make emotional appeals of education and healthcare for the poor Indian masses; these appeals are misleading, to say the least.

The second major flaw in the model, is that Facebook would be able to decrypt the contents of the “basic” apps on its servers. This flaw is not visible to the lay person as it's a technical detail, but it has deep and disturbing implications. Since Facebook can access un-encrypted contents of users' “basic” services, either we get to consider health apps to be not basic, or risk revealing health records of all Indians to Facebook. Either we get to consider our banking apps to be not “basic”, or risk exposing the financial information of all Indians to Facebook. And so on. This is mind boggling even under normal circumstances, and even more so considering the recent internal and international snooping activities by the NSA in the US.

Advertisement
Flaw 3: It's not free.

The third flaw is that the term “free” in “free basics” is a marketing gimmick. If you see an ad which says “buy a bottle of hair oil, get a comb free”, you know that the cost of the comb is added somewhere. If something comes for free, its cost has to appear somewhere else. Telecom operators will have to recover the cost of “free basic” apps from the non-free services (otherwise, why not make everything free?). So effectively, whatever Facebook does not consider “basic” will cost more.

If Facebook gets to decide what costs how much, in effect Indians will be surrendering their digital freedom, and freedom in the digital economy, to Facebook. So this is not an issue of elite Indians able to pay for the Internet versus poor Indians, as Facebook is trying to portray. It is an issue of whether all Indians want to surrender their digital freedom to Facebook.

Advertisement
That the “Free Basics” proposal is flawed as above is alarming but not surprising, for it violates one of the core architectural principles of Internet design: net neutrality. Compromising net neutrality, an important design principle of the Internet, would invariably lead to deep consequences on people's freedom to access and use information. We therefore urge that the TRAI should support net neutrality in its strongest form, and thoroughly reject Facebook's “free basics” proposal.

Next StoryThe 50 colleges where students work the hardest
Popular on BI
1
Coinbase says the entire crypto market could be destabilized if Bitcoin's anonymous creator is ever revealed or sells their $30 billion stake
2
Biden administration releases report on Khashoggi's killing directly implicating Saudi Crown Prince Mohammed bin Salman
3
Whatsapp, Signal and Telegram face a catch-22 situation as India’s new social media rules threaten encryption
Latest Stories
Trending News
Buying Guides
The 50 colleges where students work the hardest
Planning a trip to Kerala? You may have to spend a few grand to get happy high!
The CEO of a $300 million company says she only hires 'missionaries' - here are the questions she asks to find them
Popular Categories
Trending Right Now
More from our Partners