Imagining India From The Millennial Perspective 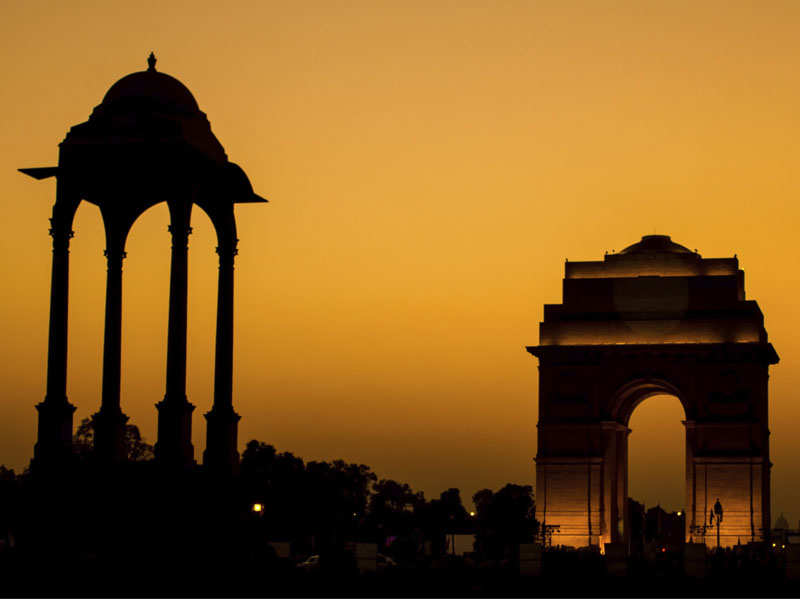 600 million millennials and counting, that’s pretty much twice the entire population of the US that India can draw upon as it pursues what the country’s first Prime Minister, , had termed as India’s “tryst with destiny.”
Top DealsView all Offers
Smartphones
Fashion
Luggage
Laptops
Large Appliances
Televisions
Beauty
Amazon Devices

A new generation of Indians, unfettered by the tags that the West bestowed upon the nation (developing, socialist, poor and more) for much of its independent history, has profound consequences for the global world order. Yet, how these millennials think and act today will offer an interesting insight into how history will view their contribution to the evolution of India.

Understanding them inside out
A survey conducted by the (TISS) reveals that Indian millennials share certain common traits, observed in the millennials across the globe. Looking at a job as a life experience, rather than an end goal, accentuating life over work, being open about their likes and dislikes, demanding change, and emphasising action over thoughts are just some of the values that Indian millennials share with their global cousins.
Advertisement

It is when you drill down into some of the specifics that the differentiating characteristics of the Indian millennials start to emerge. A study conducted by the telecom major Telefonica, along with the Financial Times, revealed that the Indian millennials far outstrip their Chinese, Russian and South Korean counterparts when it comes to believing that they can impact global change.

Attitude towards technology seems to play a major role in this belief, with 78% of Indians surveyed in the study saying that technology has benefited everyone. Having witnessed and directly benefited from India’s rise as an IT outsourcing superpower, and having seen non-resident Indians achieve great success in , we can easily comprehend the key drivers behind such confidence.

The within
Advertisement
As more than 70% of the Indians live in villages, gaining insight into the millennial mindset essentially requires reaching far beyond the Indian cities. That is why people like Shashank Mani, an alumnus of IIT-Delhi, are connecting the Indian millennials across the urban-rural divide. Mani’s Jagriti Yatra was a 15-day journey of awakening, focusing on India’s young and restless. In this unique yatra, a group of 450 carefully selected applicants set forth on a rail journey across the length and breadth of the country to see examples of change and hope in everyday surroundings.

The rural success stories are a key part of that experience. Whether it is villages like Kuthambakkam in Kerala, which were rescued from social breakdown, or rural sanitation projects in the eastern coastal state of Odisha, the real need for change and the positive impact have been seen in rural India.

Motivating the rural youth not to take the easy path of urban migration and take on the onerous tasks in their respective local communities won’t be an easy sell. But with a stated goal of creating a million entrepreneurs by 2020, Mani and his team are clearly not fazed by tough challenges. The government (as governments are wont to do) has no shortage of schemes targeted at job creation for the Indian rural youth. But even the is now taking a new-age approach, tying up monetary incentives with skill development and certifications, rather than just doling out salaried employment.

Advertisement
Are we upwardly mobile?
If the railways and the automobiles had paved the way for the previous economic revolutions, there can be little doubt that the smartphone-driven information revolution will drive the next one if India’s millennials are to fulfil Nehru’s prophecy.

In a country where 24x7 electricity & water or good roads are not a given, the ownership and usage of mobile phones are surprisingly skyrocketing among the young population. John Sculley, the man most famous for firing Steve Jobs at Apple, is queuing up to make the most of this opportunity, along with companies, both domestic and foreign.

Rural India has a mobile Internet penetration of less than 10%; so one can easily imagine the huge untapped potential there. For the sceptics, a fivefold growth in rural users between 2012 and 2013 should clear up any lingering doubt.
Advertisement

This love affair between the mobile and the millennials has been globally observed as well. But where India differs from the rest of the world is that the mobile is sometimes the only means to connect to the Internet or make a long-distance call. Add to that the fact that there will be more millennials in a large Indian state like Uttar Pradesh than in some of the European countries, and you will realise the full impact of the outcome.

The social standpoint
In spite of the new attitude and lifestyle that the Indian millennials are bringing to the society, they are the product of their own cultural environment. Therefore, expecting a complete break from the traditional Indian values would be a tad unrealistic.

Advertisement
A study by the advertising firm echoes this, terming the Indian millennials as “Tech Savvy Traditionalists.” You are far more likely to find an Indian millennial staying in a large extended family or with his parents, but that is hardly the case with his/her peer in the West. Traditional attitude towards thrift and getting a good bargain for the money spent remain deeply ingrained in their mindset.

An overwhelming 86% of Indian millennials want to preserve family traditions and a similar percentage of people believe these are important to hold the society together. However, these numbers display an urban bias. So factoring in the rural response will only increase the percentage.

Millennials are hot property for companies that wish to sell to them but for social observers, this global yet local story of the Indian millennials promises to provide even more food for thought.